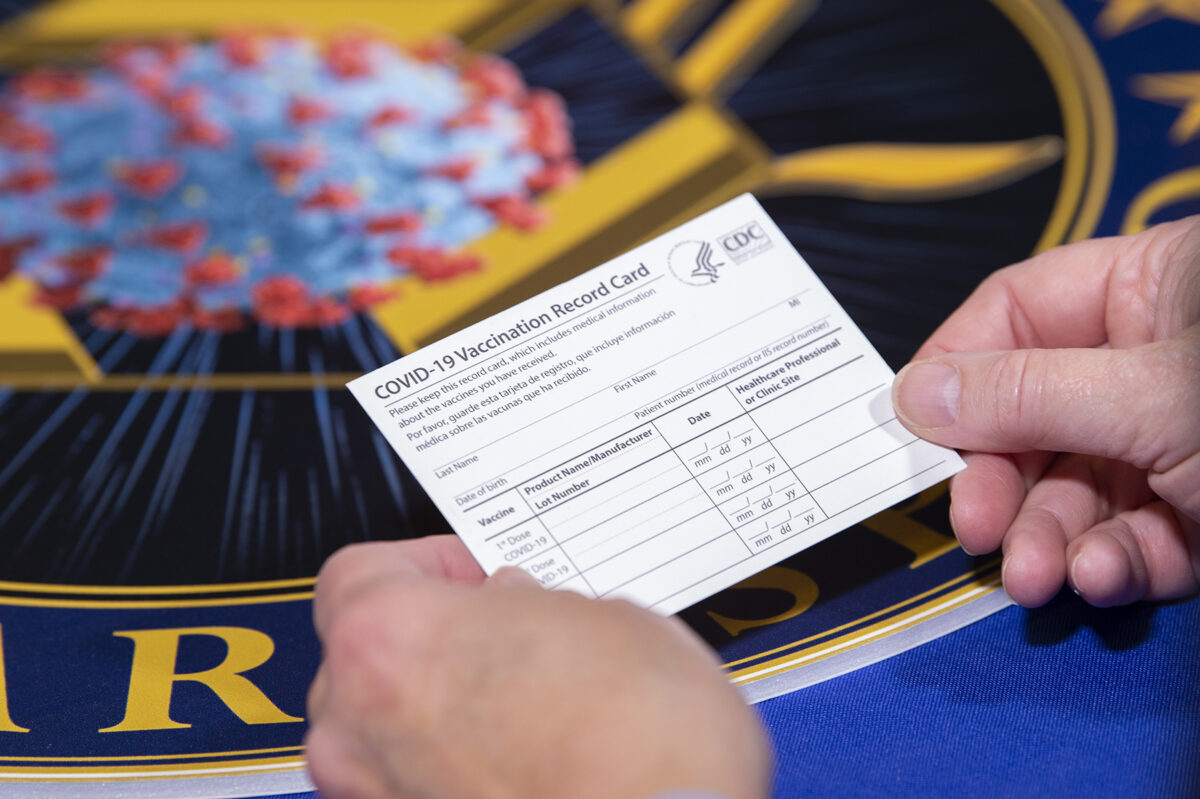 Amid a bevy of COVID-19 vaccine mandates being handed down by governments and businesses, there has been an explosion of fabricated vaccination cards, according to researchers.

“As a segment of the population tries to avoid the new measures, the darknet reacts to the real market and thus demand gives birth to offers,” Dmitry Galov, a researcher at cybersecurity firm Kaspersky, said in an interview with The Wall Street Journal, referring to the fake vaccine cards.

Forged vaccine cards that claim to be issued by the U.S. Centers for Disease Control and Prevention (CDC) have been proliferating on Amazon, eBay, Etsy, and other online marketplaces, according to reports.

In another example, an Instagram account with the username “vaccinationcards” sells laminated COVID-19 vaccination cards for $25 each. A user on the messaging app Telegram offers “COVID-19 Vaccine Cards Certificates” for as much as $200 apiece.

“This is our own way of saving as many people as we possibly can from the poisonous vaccine,” reads the seller’s message, viewed by at least 11,000 app users.

On Twitter, one user with more than 70,000 followers wrote, “My daughter bought 2 fake IDs online for $50 while in college. Shipped from China. Does anyone have the link for vaccine cards?”

A spokesperson for the Department of Justice said the agency has seen an uptick in fake vaccine cards being sold.

“While we do not have definitive numbers, we are seeing more of these types of schemes recently,” a Justice Department spokesman told the Journal. The Epoch Times has reached out to the DOJ for comment.

Benjamin Mason Meier, a global health policy professor at the University of North Carolina at Chapel Hill, says it will be difficult for some businesses or institutions to verify whether a CDC card is real. For example, New York City officials last week announced it will require restaurants, cafes, bars, theaters, and gyms to verify whether a patron is vaccinated before entering—but it’s not clear how a small business would enforce such a rule and verify that a card is authentic.

“The United States, unlike most countries which have electronic systems in place, is basing its vaccination on a flimsy paper card,” he said. “There need to be policies in place for accountability to make sure that every student is operating in the collective interest of the entire campus,” he said of universities.

Vaccine passports have been flagged by civil liberties groups and some Republicans as being an affront to individual liberty while creating a caste-based system of vaccinated and unvaccinated people. Some states such as Florida have moved to bar the use of vaccine passports.

In France, after the country’s Parliament approved a law requiring a pass to enter certain businesses, tens of thousands of protesters took to the streets over the past several weekends. Around 250,000 people were estimated to have protested over the past weekend in Paris, Toulouse, and other cities against vaccine passports after France’s top court ruled that most of the health pass law was constitutional.

Meanwhile, there have been sporadic protests in some U.S. cities, including in Lansing, Michigan, the state’s capital, over the recent weekend. Protests are also reportedly planned in New York City over vaccine mandates.

The Associated Press contributed to this report.