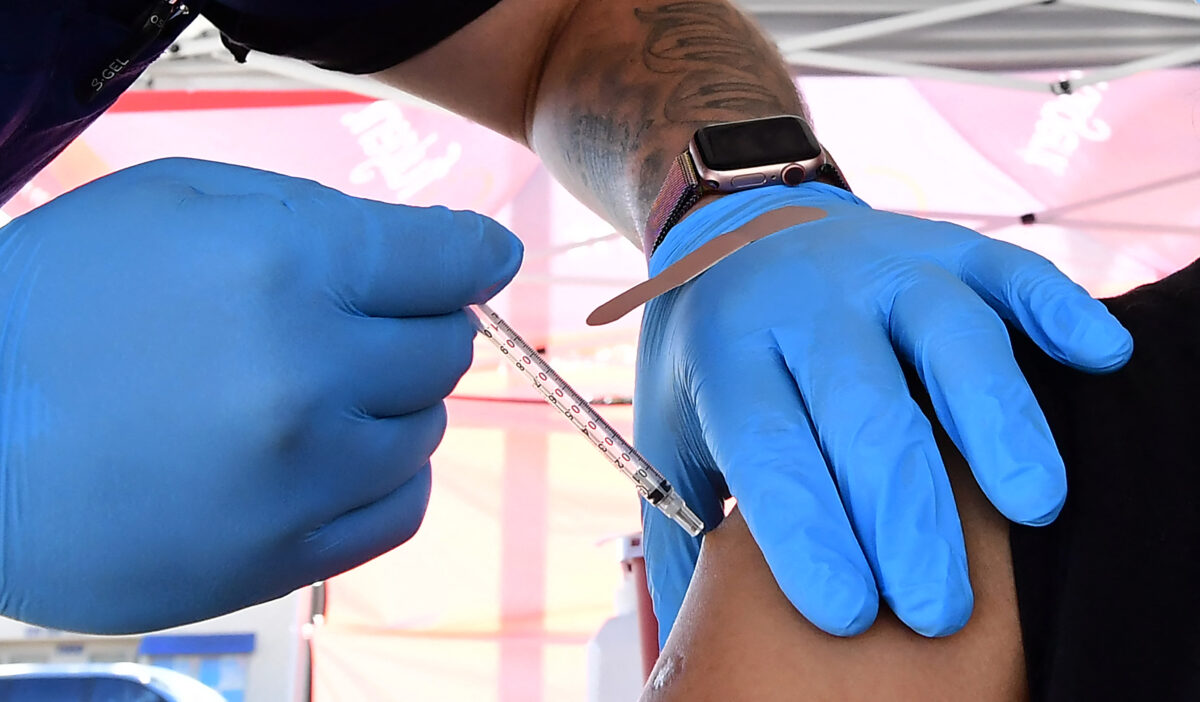 Breakthrough COVID-19 cases are more common and severe in people with weakened immune systems, according to a new study. Breakthrough infections are those that occur in vaccinated people.

Immunocompromised vaccinated people were three times more likely to contract COVID-19, the disease caused by the CCP (Chinese Communist Party) virus, according to researchers, who published their findings in the Journal of Medical Economics.

The study was conducted by Pfizer scientists and funded by the company, which makes one of the three COVID-19 vaccines available in the United States.

“The results supplement other real-world studies, and support the introduction of a third dose of a COVID-19 vaccine to increase protection among the immunocompromised individuals,” Manuela Di Fusco, the lead author and a part of Pfizer’s health economics and outcomes research team, said in a statement.

The cutoff date means researchers excluded records from the time period when other research indicates vaccine effectiveness against infection waned significantly, as many Americans were vaccinated in late 2020 or early 2021. Breakthrough infections, hospitalizations, and deaths have risen over time.

Booster doses, or third doses of the Pfizer or Moderna vaccines, were cleared by U.S. drug regulators in recent weeks because of the waning effectiveness.

The Centers for Disease Control and Prevention, which initially recommended the additional shots for those 50 and older, announced on Nov. 29 that individuals 18 and older should get one.

The agency cited the emergence of the Omicron CCP virus variant, although many scientists say it’s too soon to tell if the variant evades immunity better than other strains.

The new study was published after researchers in the Netherlands reported that an examination of 378 breakthrough infections identified in the country between January and July signaled the emergence of the CCP virus Delta variant and “a strong increase in breakthrough infections,” with more seen in people vaccinated with the AstraZeneca or Johnson & Johnson jabs than people who got a Pfizer or Moderna shot.

Researchers said in the pre-print paper that they saw many severe breakthrough cases among the elderly, although symptomatic cases were recorded in a number of younger people.

“Altogether, these results indicate that the emergence of the Delta variant might have lowered the efficiency of particular vaccine types to prevent SARS-CoV-2 infections and that, although rare, the elderly are particularly at risk of becoming severely infected as the consequence of a breakthrough infection,” they said.

The CDC just can’t get it right! Lord Fauci and the CDC don’t follow the science because they don’t recognize it. Fauci is still trying to cover his butt over his insistence that bats in China were the cause of it all. He helped fund the research that brought COVID to the world.