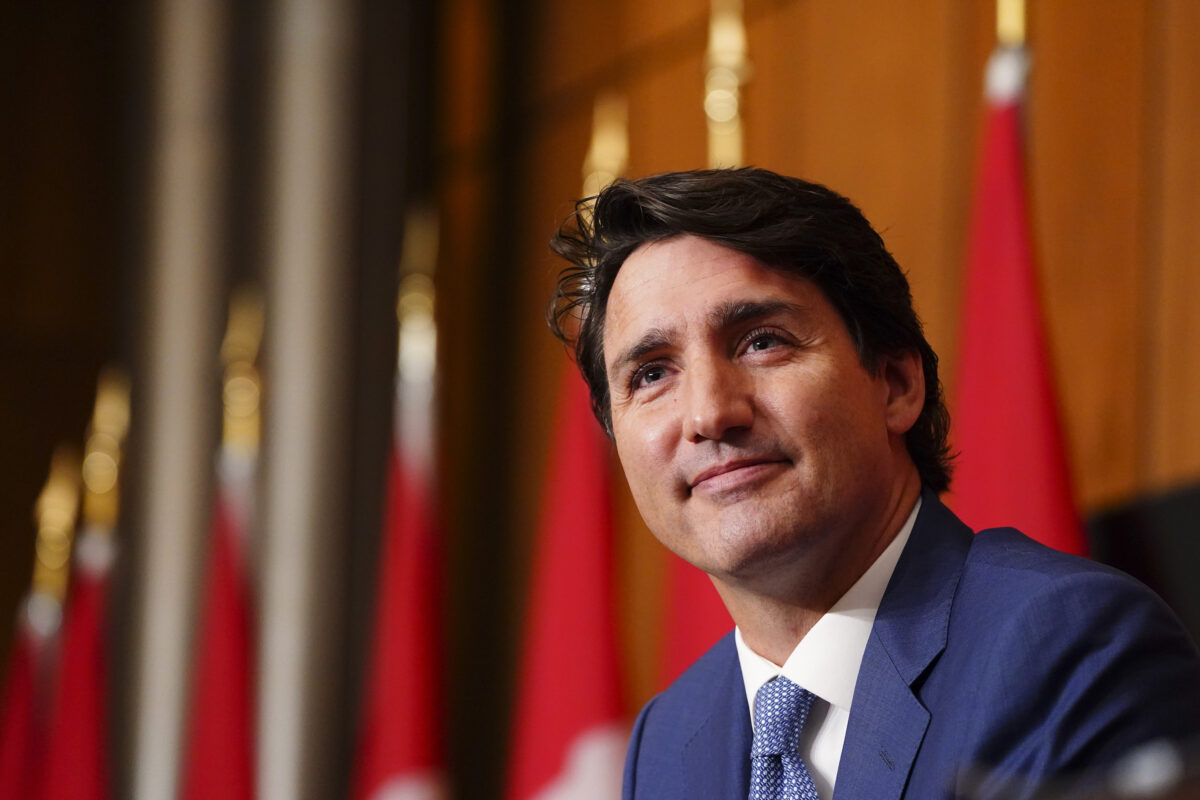 Not only is the federal vaccine mandate a gross overreach by the state, but it is also full of holes. Prime Minister Trudeau boldly stated that “this is no time for half measures” when announcing vaccination requirements for travellers in Canada. Blacklock’s Reporter revealed on Oct. 7 that up to 212,000 federal civil servants will be exempt from providing solid proof of having been vaccinated. That means the vaccine mandate as it applies to the federal civil service amounts to a one-third measure. I guess Trudeau was technically speaking the truth but not in the way intended. On Sept. 28 the PM said, “There is a clear requirement for vaccination for anyone who works for the federal government.” As usual, things are not clear at all. At a Treasury Board press briefing, an official stated, “The policy applies to all public servants in the core public administration.” However, Crown corporation employees such as postal workers and meat inspectors are not considered to be part of the “core public administration.” Call centre staff for the Department of Employment and Social Development are exempted but prison guards are not. Border agents are included in the policy while Parks Canada wardens are excluded. In short, the policy is an inconsistent mess. The vaccination mandate for most federal civil servants will rely on an honour system for compliance, without requiring proof. Those who are considered members of the core public administration will be required to fill out an online attestation stating that they are vaccinated. This should be about as effective as websites with adult content are in keeping minors away by providing a check box asking viewers to state that they are over the age of 18. While restaurants across Canada are forced to demand substantial proof of vaccination from patrons before allowing them to enter, federal employees simply have to claim that they have gotten the jab. Why is it impossible to demand the same standard of proof from civil servants? Many bad policies from governments are simply the product of bureaucratic incompetence, but one has to wonder if this federal vaccination policy was not made perforated by design, to give people an out from their mandate even if in a roundabout way. The federal government has painted itself into a corner when it comes to mandated vaccines. While the Liberals have made unwavering statements on how they will force vaccine compliance, they must be realizing that their requirements are not reasonable and may indeed be stricken down by charter challenges. Public service unions are divided in their support of vaccination mandates. The union that represents RCMP officers has stated that it will stand up for members who choose not to get vaccinated, while the 160,000-strong Public Service Alliance of Canada is expressing misgivings about how the vaccine policies will impact its members. If the federal government does get serious about enforcing its vaccination mandate, it will have to fire thousands of intransigent employees. Public service unions will not stand by quietly and let that happen. Canada is already in the midst of a labour shortage in many fields. If the federal government suddenly finds itself short-staffed in key departments, it won’t be easy to fill those positions. Legal challenges against the government’s vaccine mandates are already lining up. Vaccine mandates are a clear violation of a citizen’s security of the person and equal treatment under the law. Section 1 of the charter gives the government the means to suspend rights in certain situations, but how many times can that stand up in court? Eventually, a judge is going to strike down a vaccine mandate or an aspect of one and the appeals will begin. I am of a mind that the government has purposely made the vaccine mandate as leaky as possible in hopes of avoiding labour strife and embarrassing court rulings. While nobody will officially tell an employee to do it, with the lack of requirement for proof of vaccination, the government has given unvaccinated employees a way to keep their jobs. The unions will be happy to avoid having to file grievances this way too. It is a cowardly approach to policy and it will likely only prolong the inevitable showdown between the government and its own civil service. In being so uncompromising with its statements, the government hasn’t allowed itself a way to accommodate workers who refuse vaccination. Rapid testing is off the table and exemptions for the many who now work from home won’t be considered. Whether it was purposeful or accidental, the federal government’s vaccine mandate for civil servants is unworkable. Perhaps Trudeau is just hoping that the pandemic will fade away before he has to get real with his mandates. I doubt he or the rest of us will be so lucky.