How the Endless Boosters Will Destroy Immune Function 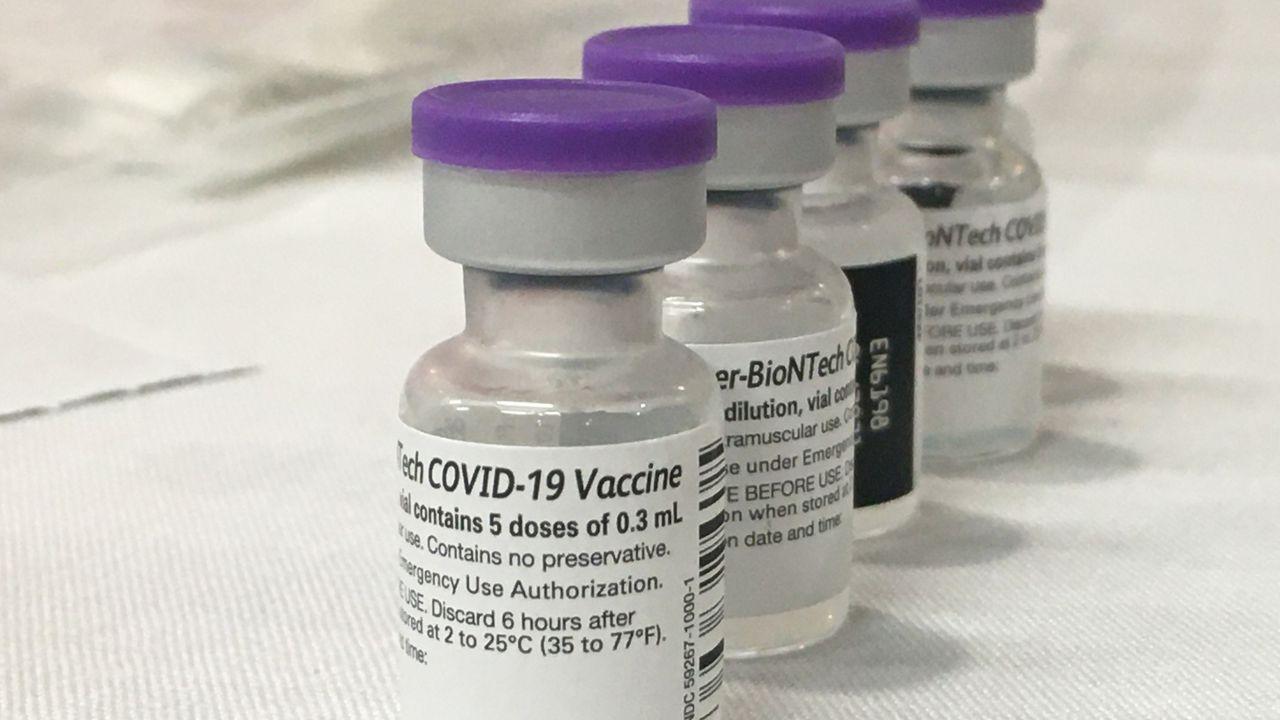 A number of medical experts, scientists, and published studies now warn that the COVID shots reprogram your immune system to respond in a dysfunctional manner. Aside from increasing vulnerability to infections, this can also result in autoimmune diseases and cancer.

Pfizer Shot Reprograms Both Arms of Your Immune System

A paper posted May 6, 2021, on the preprint server medRxiv reported that the Pfizer/BioNTech COVID jab “reprograms both adaptive and innate immune responses,” causing immune depletion.

While they confirmed the jab “induced effective humoral and cellular immunity against several SARS-CoV-2 variants,” the shot “also modulated the production of inflammatory cytokines by innate immune cells upon stimulation with both specific (SARS-CoV-2) and nonspecific (viral, fungal, and bacterial) stimuli.”

In other words, we’re looking at a horrible tradeoff. You may get some protection against SARS-CoV-2 and its variants, but you’re weakening your overall immune function, which opens the door wide to all sorts of other health problems, from bacterial, fungal, and viral infections to cancer and autoimmunity.

After the injection, innate immune cells had a markedly decreased response to toll-like receptors 4, 7, and 8 (TLR4, TLR7, TLR8) ligands, while cytokine responses induced by fungi were stronger. According to the authors, defects in TLR7 have previously been linked to an increased susceptibility to COVID-19 in young males.

People who were “fully vaccinated,” having received two doses of the Pfizer shot, also produced significantly less interferon upon stimulation, and this can hamper the initial innate immune response against the virus.

Repeated Vaccinations and the Risk of Autoimmunity

Pathogenic infections and cancer are but two potential outcomes of this kind of reprogramming. Previous research, for example, has linked defects in the immune system to a higher risk of autoimmune diseases. What’s more, it’s been shown that antigens in vaccines, specifically, can induce this kind of immune system dysfunction. As reported in the paper in question:

“Repeated immunization with antigen causes systemic autoimmunity in mice otherwise not prone to spontaneous autoimmune diseases. Overstimulation of CD4+ T cells led to the development of autoantibody-inducing CD4+ T (aiCD4+ T) cell which had undergone T cell receptor (TCR) revision and was capable of inducing autoantibodies. The aiCD4+ T cell was induced by de novo TCR revision but not by cross-reaction, and subsequently overstimulated CD8+ T cells, driving them to become antigen-specific cytotoxic T lymphocytes (CTL). These CTLs could be further matured by antigen cross-presentation, after which they caused autoimmune tissue injury akin to systemic lupus erythematosus (SLE). Systemic autoimmunity appears to be the inevitable consequence of over-stimulating the host’s immune ‘system’ by repeated immunization with antigen, to the levels that surpass system’s self-organized criticality.”

Fast-forward to mid-May 2021, when a study4 in the Journal of Clinical Investigations reported that “SARS-CoV-2 mRNA vaccines induce broad CD4+ T cell responses that recognize SARS-CoV-2 variants and HCoV-NL63.” HCoV-NL63 is a human coronavirus associated with the common cold.

“Interestingly, we observed a 3-fold increase in the CD4+ T cell responses to HCoV-NL63 spike peptides after vaccination,” the authors stated, adding, “Our results suggest that T cell responses elicited or enhanced by SARS-CoV-2 mRNA vaccines may be able to control SARS-CoV-2 variants and lead to cross-protection against some endemic coronaviruses.”

What they did not address was that excessive CD4a+ T cell responses could also result in the development of autoantibodies and autoimmune diseases.

We’ve long known that leaky or nonsterilizing vaccines can trigger the evolution of more hazardous viruses. So far, SARS-CoV-2 variants have mutated into less dangerous versions, which is fortunate, but the risk of the COVID shots creating a “monster” still remains.

In a February 9, 2021, article, NPR highlighted this risk, stating that “vaccines could drive the evolution of more COVID-19 mutants.” According to NPR science correspondent Richard Harris, “the virus is always mutating. And if one happens to produce a mutation that makes it less vulnerable to the vaccine, that virus could simply multiply in a vaccinated individual.”

The Omicron variant appears to have significant resistance against antibodies produced by the original COVID shots, which is why Omicron infection is being primarily reported in those who have received the injections.

In 2018, Quanta Magazine detailed how vaccines drive the evolution of pathogens. I’ve referenced that article on previous occasions, as have many others. In response, the editor of Quanta Magazine added a “disclaimer” dated December 6, 2021, to the article, stating:

“This article from 2018 discusses how leaky vaccines — vaccines that do not reduce viral replication or transmission to others — can drive the pathogens they target to evolve and become more virulent. These concerns do not apply to COVID-19 vaccines, because COVID-19 vaccines significantly reduce coronavirus replication and transmission, reducing the chance that mutations occur and variants arise …”

That statement is clearly false, as studies have repeatedly shown the COVID shots are in fact leaky. They do not “significantly reduce” viral replication or transmission, as the editor claims. Quite the opposite.

People who have received one or more COVID shots have been found to harbor higher viral loads than the unvaccinated, and Israel (which appears to have the best tracking and monitoring) reports that the worst COVID cases are in those who are fully vaxxed.

December 6, 2021, Newsweek11 reported a COVID outbreak among “fully vaccinated” hospital staff in Spain. After a Christmas dinner with more than 170 fully vaxxed health care workers in attendance, nearly 70 of them tested positive for COVID. Some reported mild symptoms. Daniel Horowitz pointed out the editor’s false note in a December 9, 2021, Blaze post:

“Leaky vaccines are worse than no vaccine at all. That is the unmistakable conclusion one would derive from a May 2018 article in Quanta magazine, a top scientific publication, about the unsuccessful attempts to create vaccines for HIV, malaria, and anthrax that aren’t leaky and don’t run the risk of making the pathogens more dangerous. Yet now that we are seeing such a microbiological Frankenstein play out in real life and people like Dr. Robert Malone have been citing this article to raise red flags about the leaky COVID shots, Quanta magazine took the unprecedented step of slapping an editor’s note on an article three and a half years later to get people to stop applying it to the leakiest vaccine of all time.”

A study in the New England Journal of Medicine, published December 9, 2021, also confirms that whatever protection you get from the Pfizer COVID shot is short in duration. As explained by the authors:

Earlier this year, vaccine makers and health authorities said the shots were about 95% effective, and if enough people got the shots, normalcy would be restored. We now know that was a false promise. The goal post was moved back with the emergence of Delta and then Omicron, for which we’re now told we need the third booster.

December 13, 2021, Reuters reported that British scientists have concluded “two-dose COVID-19 vaccine regimens do not induce enough neutralizing antibodies against the Omicron coronavirus variant,” and that “increased infections in those previously infected or vaccinated may be likely.”

When in mid-December 2021, Dr. Anthony Fauci was asked if Americans should expect annual COVID boosters, he replied in the affirmative, saying that Americans will “just have to deal with” the prospect of getting boosters at regular intervals. So, in essence, Fauci wants us to accept that booster deficiency is the reason why the COVID-19 “pandemic” continues.

Clearly, that is not the case. The real reason COVID is still an issue is that Fauci and the medical establishment have suppressed viable early treatments. If early treatment was the norm, COVID would rapidly become a distant memory.

As predicted over a year ago, we’re now on an injection treadmill with no end in sight, and every single dose carries the risk of serious side effects, up to and including permanent disability and death. The only scientifically sound way out of this failed experiment is to stop. No more boosters.

Instead, the captured U.S. Food and Drug Administration granted emergency use authorization to novel gene transfer technologies that don’t work like conventional vaccines in that they don’t prevent infection and spread, thus creating an evil cycle of new vaccine-resistant variants. As demonstrated by James Lyons-Weiler (in a now broken weblink), the more we vaccinate, the higher the COVID caseload.

Weiler’s graph looks very much like that on September 30, 2021, a study in the European Journal of Epidemiology, which found that the higher the vaccination rate in a given area, the higher the COVID case rate.

Dr. Chris Martenson discusses this finding in the video below. As noted by Martenson, “the line goes the wrong way,” meaning the more heavily “vaccinated” a population is, the worse things get.

As predicted over a year ago, we’re now on an injection treadmill with no end in sight, and every single dose carries the risk of serious side effects, up to and including permanent disability and death. The only scientifically sound way out of this failed experiment is to stop. No more boosters.

Fortunately, it seems most Americans are starting to catch on, and so far, the fearmongering around Omicron has not resulted in a rush for boosters.17 According to an Axios/Ipsos poll conducted December 10 through December 13, 2021, 67% of unvaccinated respondents said Omicron makes no difference in their decision of whether to get vaccinated; 19% said it makes them more likely while 11% said it makes them less likely to get the shot.

Considering the shots have been shown to deregulate your immune function, it would be wise to “just say no” to further boosters. Should you develop symptoms of SARS-CoV-2 infection, remember there are safe and effective early treatment protocols, including the I-MASK+18 and I-MATH+,19 protocols, which are available for download on the COVID Critical Care website in multiple languages. Other protocols that have great success are:

This is a load of information to review, especially if you are fatigued and sick with COVID or have a family member struggling. After reviewing all of these protocols, I believe the Front Line COVID-19 Critical Care Alliance’s protocol is among the easiest to follow. Below is a summary of that protocol, with minor amendments.