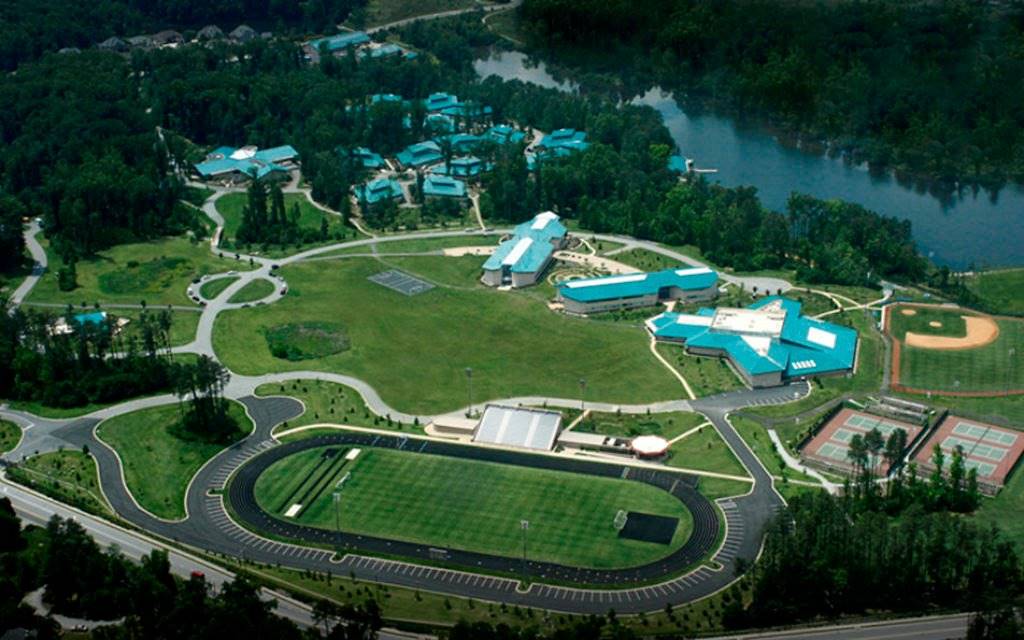 The 100-acre, $84 million luxury campus of the American Hebrew Academy in Greensboro, North Carolina, the site of the Biden administration’s five-year lease for a new camp for illegal alien migrant children, is being backed by a communist Chinese company, Puxin Limited, that loaned the school $26 million dollars in 2019 and continues to be a lender to this day. Top ranking academy board members were replaced by Chinese figures after the 2019 loan, according to reports. Two months ago the New York Stock Exchange suspended trading in Puxin and moved to delist the firm.

The city officials in Greensboro, North Carolina had been planning on this since May 6, 2021, as noted by Mayor Nancy Vaughn.

A September 19, 2019 press release by Puxin Limited announced the loan.

BEIJING, Sept. 19, 2019 /PRNewswire/ — Puxin Limited (NYSE: NEW) (“Puxin” or the “Company”), a successful consolidator of the after-school education industry in China, today announced that it has entered into a loan agreement, deed of trust note and other ancillary documents with American Hebrew Academy, Inc. (“AHA”), a North Carolina not-for-profit corporation, pursuant to which Puxin extended a loan in a principal amount of US$26 million to AHA to fund its operations of an international college prep boarding school in North Carolina, the United States. The loan bears an interest rate of 18.0% per annum and becomes due on September 6, 2020. The loan is secured by AHA’s interest in certain real property located in North Carolina.

Puxin Limited (“Puxin” or the “Company”) is a successful consolidator of the after-school education industry in China. Puxin has a strong acquisition and integration expertise to effectively improve the education quality and operational performance of acquired schools. Puxin offers a full spectrum of K-12 and study-abroad tutoring programs designed to help students achieve academic excellence, as well as prepare for admission tests and applications for top schools, universities, and graduate programs in China and other countries. The Company has developed a business model effectively combining strategic acquisitions and organic growth achieved through successful post-acquisition integration, which has differentiated the Company from other after-school education service providers in China. For more information, please visit http://www.pxjy.com/.

Judicial Watch reported the positions taken by the Chinese:

“The American Hebrew Academy has deep Chinese connections, according to records uncovered by Judicial Watch. Its president, vice president, and treasurer are Ni Zhang, Shong Gao, and Wei Yang. A few months after closing in the fall of 2019, the school took out a $26 million mortgage from Puxin, a Chinese education company. It planned to open under a new name, but never did. The money HHS is paying in rent will likely be used to pay back the Chinese company.”

WFMY-TV reported at the time in 2019 that the Puxin deal involved more than a loan:

Public records available with the Guilford County Register of Deeds show that on Monday, September 9, American Hebrew Academy (AHA) transferred the financial liability of its 100-acre property in Greensboro NC, to Puxin Limited, a publicly-traded Beijing-based firm. The documents were prepared in Orange County and signed and notarized by a Durham County Notary Public on September 6th.

Puxin Limited is a Chinese K-12 after-school educational services provider based in Beijing. The Company offers study-abroad tutoring programs that help students to prepare for admission tests and applications for top schools, universities, and graduate programs. The documents also showed Puxin entered a lease agreement with AHA and the Deed of Trust amount of $26 million.

After securing the loan from Puxin, AHA went through a similar restructuring and rebranding process. Ditching the religious aspect, it renamed itself AHA International School — a secular college preparatory high school geared toward international students. It announced its anticipated reopening for the 2020-21 year.

A source familiar with the transition rebukes claims that Puxin’s role was strictly financial in nature. Puxin was deeply involved in the rebranding efforts and may have even pushed for the school to reserve 1/3 of its future student population for Chinese students.

Just as Puxin issued the loan, 8 AHA board members either stepped down or were removed.

Ni Zhang, Shong Gao, and Wei Yang stepped in to serve in the highest-ranking roles.

…Puxin’s financial records to its shareholders indicate the company’s income from the interest-bearing loan increased drastically from 2018 to 2019 as well as from 2019 to 2020 and attributed the growth to AHA.

…William Scarborough, who oversees AHA’s property and represents the board did not respond to requests for the names of current board members but did confirm Puxin refinanced the school’s debt in 2019 when it was on the verge of default. He also confirmed that Puxin remains a lender to the school.

The Washington Examiner reported Friday the Biden administration signed a no-bid contract worth $177 million with New York-based Deployed Resources to manage up to 1,100 illegal alien children and underage teenagers in the lap of luxury at the academy.