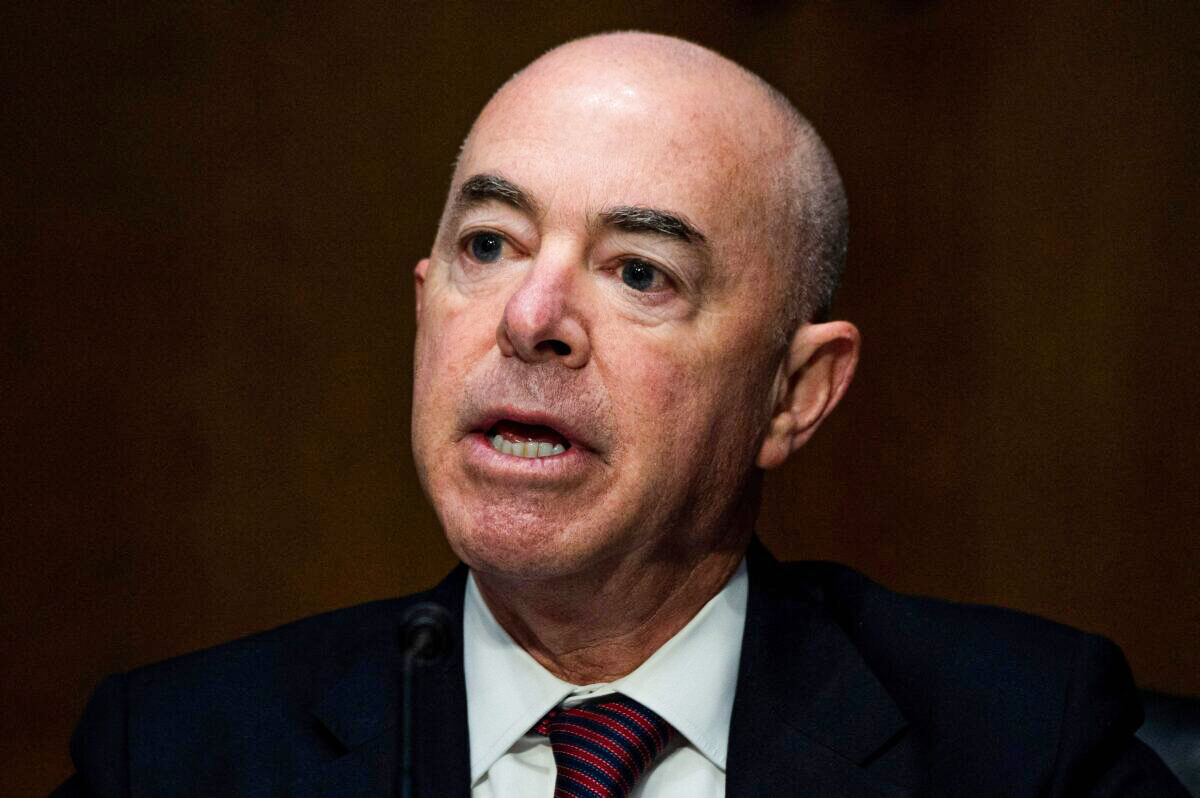 There is no response to the border crisis by the Biden administration. That’s the problem.

Homeland Security Secretary Alejandro Mayorkas and Border Patrol Chief Raul Ortiz met with agents in the Yuma, Arizona border sector on Jan. 26 and found many dissatisfied with the policies, according to an audio recording obtained and made public by Townhall.

One agent said that during the Trump administration, “everyone was doing their jobs,” and asked Mayorkas why he thinks there was an unprecedented surge in illegal immigration during Biden’s first year in office.

Mayorkas, a President Joe Biden nominee, said it was due to COVID-19 and the “situations in” immigrants’ home countries.

The agent wasn’t convinced, telling him that people from other countries wanted to come to the United States while Donald Trump was president, “but they were turned back.”

Another agent spoke out after Mayorkas acknowledged that “the policies of this administration are not particularly popular with U.S. Customs and Border Protection, but that’s the reality and let’s see what we can do within that framework.”

When the official added, “Let me just say, you can turn your back on me but I’ll never turn my back on you,” the agent responded, “You did the day you were appointed.”

In another recent meeting, Ortiz was confronted by agents who decried how the Biden administration is handling border enforcement.

“For evil to triumph is for good men to do nothing. That’s exactly what’s happening here,” one said, according to a leaked video seen below and also found on Youtube at https://www.youtube.com/watch?v=nBpu72BWQEA (but YouTube might delete,  so we use Rumble for the video below). “Good men are doing nothing. You’re allowing illegal aliens to be dropped off in our communities.”

The Department of Homeland Security, which includes Customs and Border Protection (CBP) and the Border Patrol, and CBP did not respond to requests for comment.

A spokesperson for the department told Fox News that Mayorkas traveled to the border to hear agents’ unfiltered views.

“Border Patrol Agents are dedicated to their mission and demonstrate tremendous bravery and life-saving skills in the performance of their duties. Secretary Mayorkas welcomes candor during these conversations, and appreciates and respects the opinions of each member of the CBP workforce,” the spokesperson said.