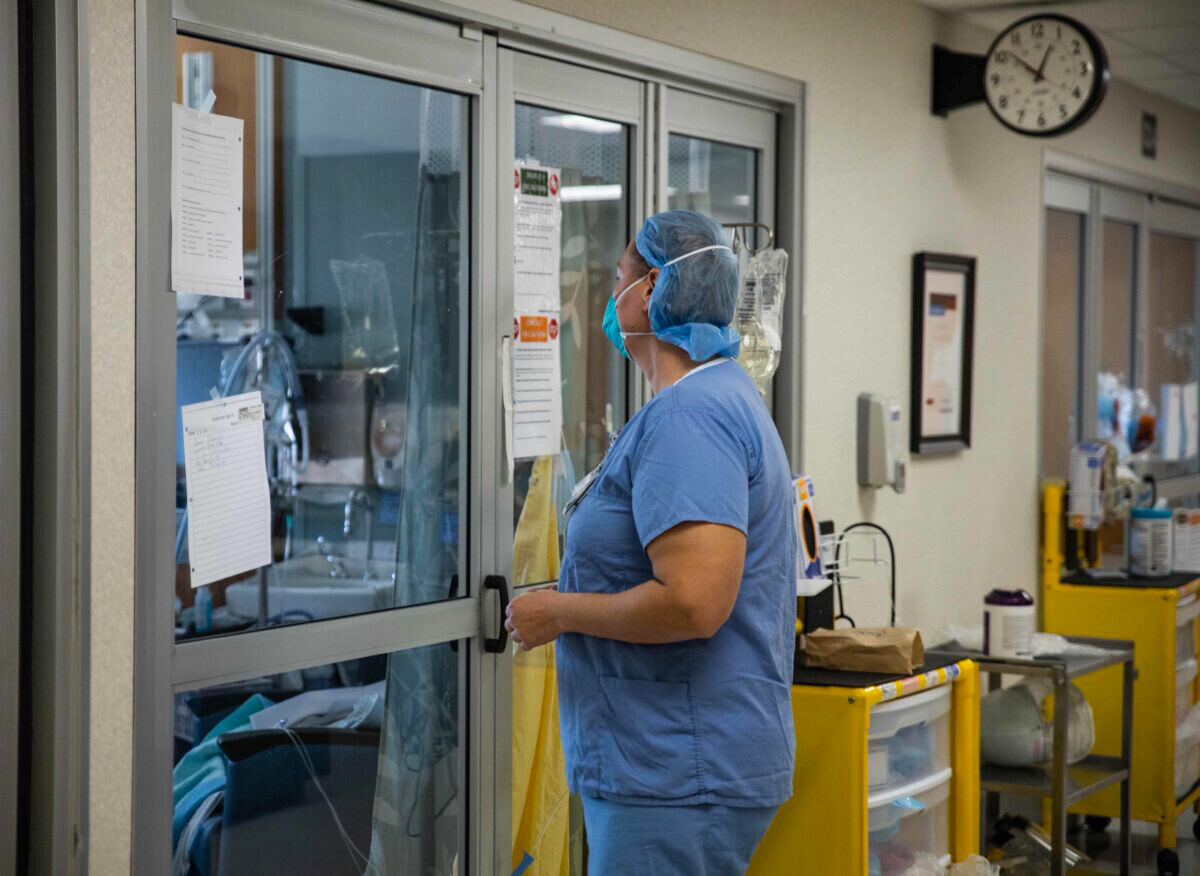 The chief executive of a hospital in Texas warned that his facility faces closure after President Joe Biden’s announcement last week that most healthcare workers get the COVID-19 vaccine.

If the mandate goes through, Brownfield Regional Medical Center CEO Jerry Jasper said that “20 percent of my, probably 20 to 25 percent of my staff will have to go away if that’s the case,” reported KCBD. Losing those workers, he said, would likely cause his hospital to shut down, and losing Medicare and Medicaid money isn’t an option either.

A White House stipulates that healthcare workers who work at hospitals and facilities that receive either Medicaid or Medicare funds will have to get the COVID-19 vaccine.

Doctors have gone along because they make more money. Shows you where their heart is.

“Well, it would be devastating for the community, frankly. We have a large percentage of our revenue that comes from Medicare, Medicaid, and those kinds of products,” Larry Gray, the CEO of the Seminole Hospital District, told the station.

“I think the mandate is just a terrible message because if the vaccinations are working, why do you have to mandate people to get the vaccines?” Gray asked. “What happens to individual choice and medical decisions between the patient and their doctor, which is all of the things that we’re trying to support.”

Other than mandates for healthcare workers, Biden also announced he would direct the federal Occupational Safety and Health Administration to enforce a rule against companies with 100 or more workers that employees either get the vaccine or submit to weekly COVID-19 testing. Federal workers and contractors will also have to get the vaccine, he said.

In Upstate New York, a regional hospital’s executive said that the facility will have to at least temporarily close down its maternity unit and will not be able to deliver babies due to a mandate that was handed down by former Gov. Andrew Cuomo. Lewis County Health System Chief Executive Officer Gerald Cayer said that six employees who were employed in the unit resigned, according to local media reports.

“If we can pause the service and now focus on recruiting nurses who are vaccinated, we will be able to reengage in delivering babies here in Lewis County,” Cayer said at a news conference on Sept. 10.

Wake Up America! Biden is all smoke and mirrors!