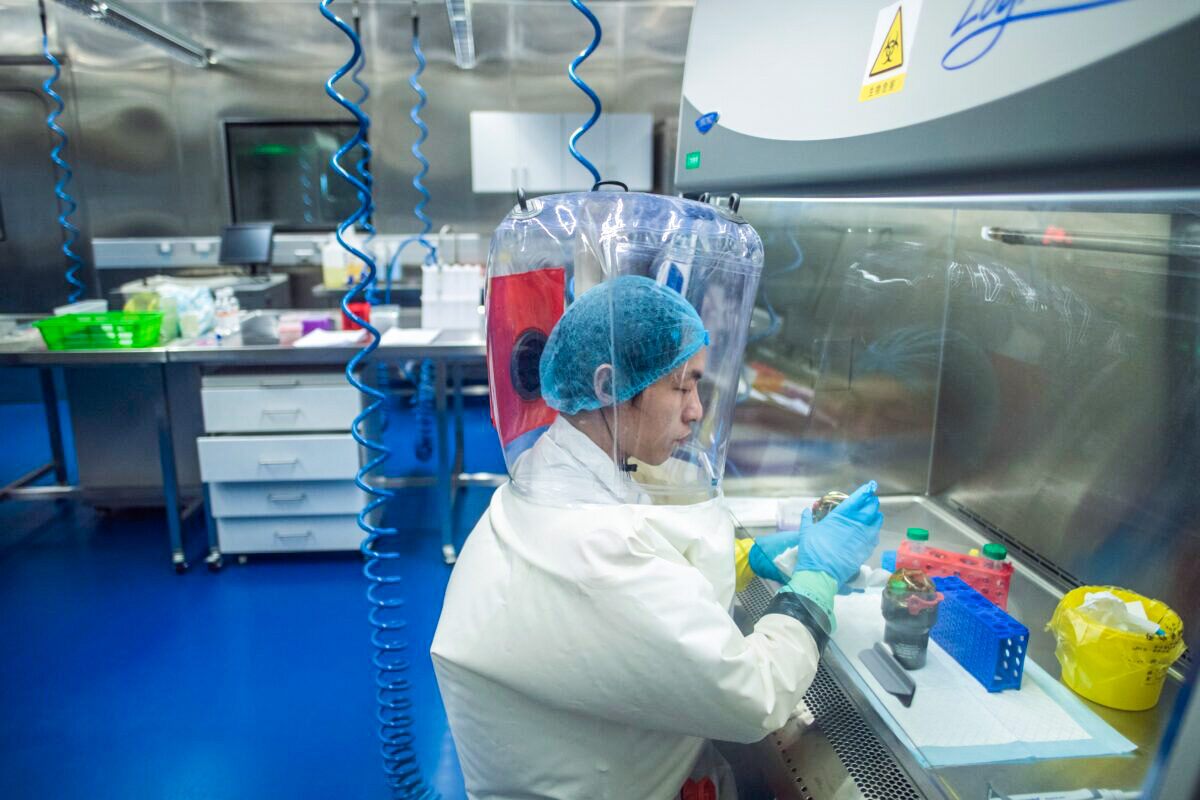 New documents have been released detailing U.S.-funded research on various types of coronaviruses at the Wuhan Institute of Virology in China, where the first outbreak of the CCP (Chinese Communist Party) virus occurred.

Dr. Frankenstein Fauci & Canada enabled the ‘Gain of Function’ research that lead to the creation of COVID-19. COVID-19 established ‘Control’ over the world’s population for the purpose of ‘Population Reduction’. Population Reduction supports the goals of Agenda 21, Agenda 2030, Sustainable Development, Great Reset, aka Marxist One World Government.

More than 900 pages of materials were obtained by The Intercept in connection with a Freedom of Information lawsuit by the publication against the National Institutes of Health (NIH).

The documents detail the work of the EcoHealth Alliance, a U.S.-based health organization that used federal money to fund research into bat coronaviruses at the Chinese lab.

They include two previously unpublished grant proposals funded by the National Institute of Allergy and Infectious Diseases, as well as project updates related to EcoHealth Alliance’s research.

One of the grants awarded by the NIH to EcoHealth Alliance is titled “Understanding the Risk of Bat Coronavirus Emergence,” and amounts to $666,422.

It outlines an ambitious plan led by EcoHealth Alliance President Peter Daszak to “investigate the ecology, evolutionary biology and transmission dynamics of bat coronaviruses at the human-wildlife interface.”

“Specifically, we will conduct field studies in China to obtain high-quality samples from bats, and identify, characterize and isolate known and novel coronavirus. We will analyze the patterns of coronavirus transmission among bats and other wildlife, and the risk of spillover to humans,” the proposal reads. The research also involved screening people who work with live animals.

The documents also note that key experimental work with humanized mice was conducted at a biosafety level 3 lab at Wuhan University Center for Animal Experiment, and not at the Wuhan Institute of Virology, as was previously assumed, The Intercept reported.

The grant proposal also acknowledges the potential dangers of the study, including during fieldwork, stating that it “involves the highest risk of exposure to SARS or other CoVs, while working in caves with high bat density overhead and the potential for fecal dust to be inhaled.”

“There is also some risk of exposure to pathogens or physical injury while handling bats, civets, rodents or other animals, the blood samples of their excreta,” the document states. “Virus isolation may be a challenge,” researchers note.

The bat coronavirus grant provided the EcoHealth Alliance with a total of $3.1 million, including $599,000 that the Wuhan Institute of Virology used in part to identify and alter bat coronaviruses likely to infect humans, according to The Intercept.

The grant was initially awarded for a five-year period from 2014 to 2019. Funding was renewed in 2019 but suspended by the Trump administration in April 2020.

The second grant awarded by the NIH to EcoHealth Alliance is titled “Understanding Risk of Zoonotic Virus Emergence in Emergent Infectious Disease Hotpots of Southeast Asia,” and was awarded in August 2020 and extends through 2025.

The proposal states it “will bring leaders in emerging disease research from the U.S., Thailand, Singapore, and the three major Malaysian administrative regions together to build an early warning system to safeguard against pandemic disease threats.”

The team would “identify novel viruses from Southeast Asian wildlife, characterize their capacity to infect and cause illness in people, and use serological assays of samples from people in rural communities with high wildlife contact to identify the background rate of exposure, and risk factors that drive this.”

In-depth surveillance at hospitals serving these communities would be used to examine if cryptic outbreaks are caused by these novel agents, which researchers hoped would help them develop a rapid response to outbreaks in such regions.

Even before the pandemic, many scientists were concerned about the potential dangers associated with such experiments, and the newly-released documents will no doubt raise further questions regarding the theory that the CCP virus pandemic originated from a lab leak in Wuhan.

Following the release of the documents, Richard Ebright, a molecular biologist at Rutgers University wrote on Twitter, “The materials confirm the grants supported the construction—in Wuhan—of novel chimeric SARS-related coronaviruses that combined a spike gene from one coronavirus with genetic information from another coronavirus, and confirmed the resulting viruses could infect human cells.

“The documents make it clear that assertions by the NIH Director, Francis Collins, and the NIAID Director, Anthony Fauci, that the NIH did not support gain-of-function research or potential pandemic pathogen enhancement at WIV are untruthful.”

Last month, the World Health Organization (WHO) urged China to share raw data from the earliest COVID-19 cases, saying it is “vitally important to know how the COVID-19 pandemic began” and to set an example for establishing the origins of all future animal-human spillover events.

A WHO-led team spent four weeks in and around the central city of Wuhan with Chinese researchers in January 2021 to investigate the origins of the pandemic.

In March, researchers said that the virus had probably been transmitted from bats to humans through another animal and that “introduction through a laboratory incident was considered to be an extremely unlikely pathway.”

However, the Chinese communist regime has faced fierce criticism from the international community, who have accused them of engaging in a cover-up.

In July, WHO Director-General Tedros Adhanom Ghebreyesus told reporters that investigations into the origins of the COVID-19 pandemic in China were being hampered by the lack of raw data on the first days of spread there and urged the regime to be more transparent.