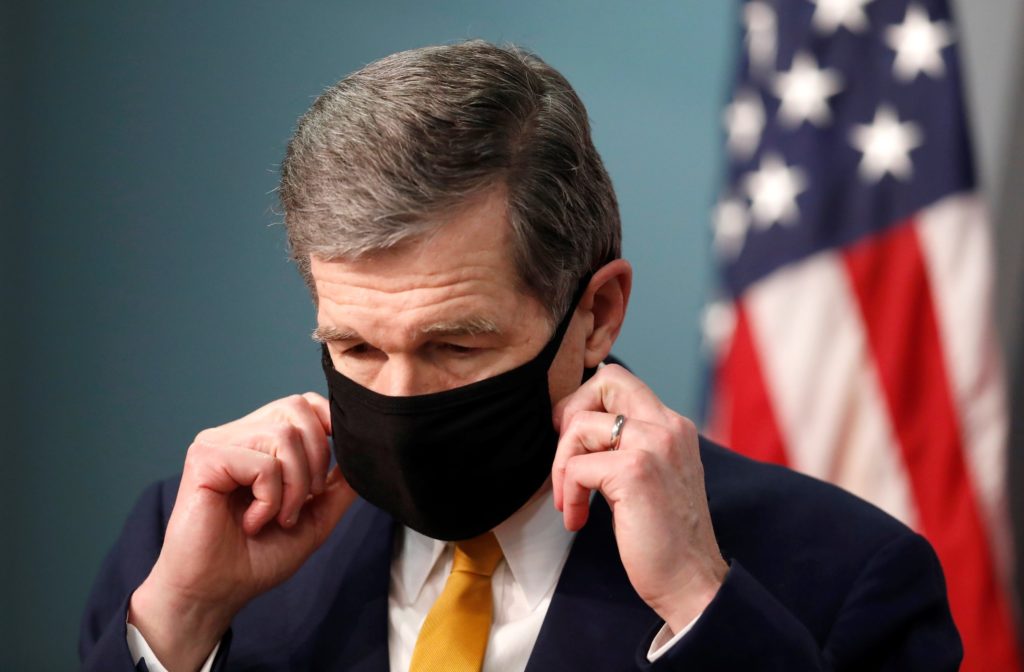 That was one of the first thoughts that crossed this observer’s mind when every state Senate Democrat rejected House Bill 264. That’s the latest measure designed to scale back the governor’s power during a time of extended emergency.

The bill also would reassert legislative power to play the leading role in setting state government policy. Yet Democratic legislators have shown no interest in the measure.

With no Democratic “yes” votes, the Senate approved the bill, 27-15. It’s back in the state House now. That chamber could take a final vote this week.

Senators with D’s after their names sent a clear message earlier this month: They will not vote for new restraints on a fellow Democrat in the state’s Executive Mansion.

Perhaps Republicans should make a new plea to colleagues across the aisle. If you’re not willing to tighten the reins on the current Gov. Roy Cooper, what about the next person who holds the governor’s office? What if voters decide in 2024 to give the state government’s top job to a Republican? What if it’s someone like current Lt. Gov. Mark Robinson?

How about taking the ideas in House Bill 264 and applying them after the next gubernatorial election? Without the pressure to play the role of partisan foot soldiers for Cooper, perhaps Democrats will think more about constitutional checks and balances.

Cooper has issued executive orders linked to the COVID-19 pandemic for roughly 18 months. Under a disputed interpretation of the state’s Emergency Management Act, many of those orders have been unilateral — with no input from any other elected official.

The bill that drew universal opposition from Senate Democrats this month would allow the governor to continue issuing emergency orders. But he would face a new time limit. His order would expire after seven days unless he wins support from a majority of the 10-member Council of State. That’s the group of statewide elected executive branch officials. It includes the lieutenant governor, secretary of state, and attorney general.

With support from that group, a gubernatorial executive order could last as long as 45 days. After that? The order would require majority votes from the state House and Senate.

“Our country is founded — and our state is founded — on the belief that we don’t need to have just one individual making all the decisions without the collaboration of others,” said Sen. Danny Britt, R-Robeson, during the Sept. 8 Senate debate on the bill.

It makes sense for the governor to have clear power to act quickly when a hurricane or other natural disaster hits the state. If issues related to the emergency stretch beyond one week, other statewide elected leaders can offer valuable assistance and insight.

When emergency conditions linger for more than a month and a half, it’s time to get input from “General Assembly members, who represent folks from all over, all regions, all sectors in this state so we can have more input from more people than just one individual,” Britt said.

H.B. 264 would take effect immediately. That means Cooper would no longer have a free hand to deal with COVID-19 or future emergencies on his own.

That arrangement makes sense from the vantage point of restoring a proper balance between the governor’s office and the legislative branch. But perhaps that’s too much to ask of Democratic legislators. Many see the current governor as a leader — perhaps “the” leader — of their political team.

Cooper already has vetoed a measure approved last summer that was designed to “clarify” his emergency powers. Nothing in the public record suggests he will respond any more favorably this year to H.B. 264.

Without support from three Democratic representatives and two Democratic senators, Republicans cannot override another Cooper veto. That means it’s unlikely that the current lineup of state lawmakers can scale back Cooper’s emergency powers.

Remove the current governor from the equation, though, and the calculus could change. That’s especially true if Democrats believe that a fresh set of election maps could give them a chance to take control of one or both legislative chambers soon.

Maybe the checks and balances tied to H.B. 264 will make sense to Democrats who believe they will have a larger say in legislative decisions in the years ahead. Looking at the next gubernatorial election, some might see value in setting new limits today for a future Gov. Robinson.

If the safeguards in H.B. 264 are worth pursuing, now might be the time to think about a 2025 starting date.

Written by: Mitch Kokai is the senior political analyst for the John Locke Foundation.