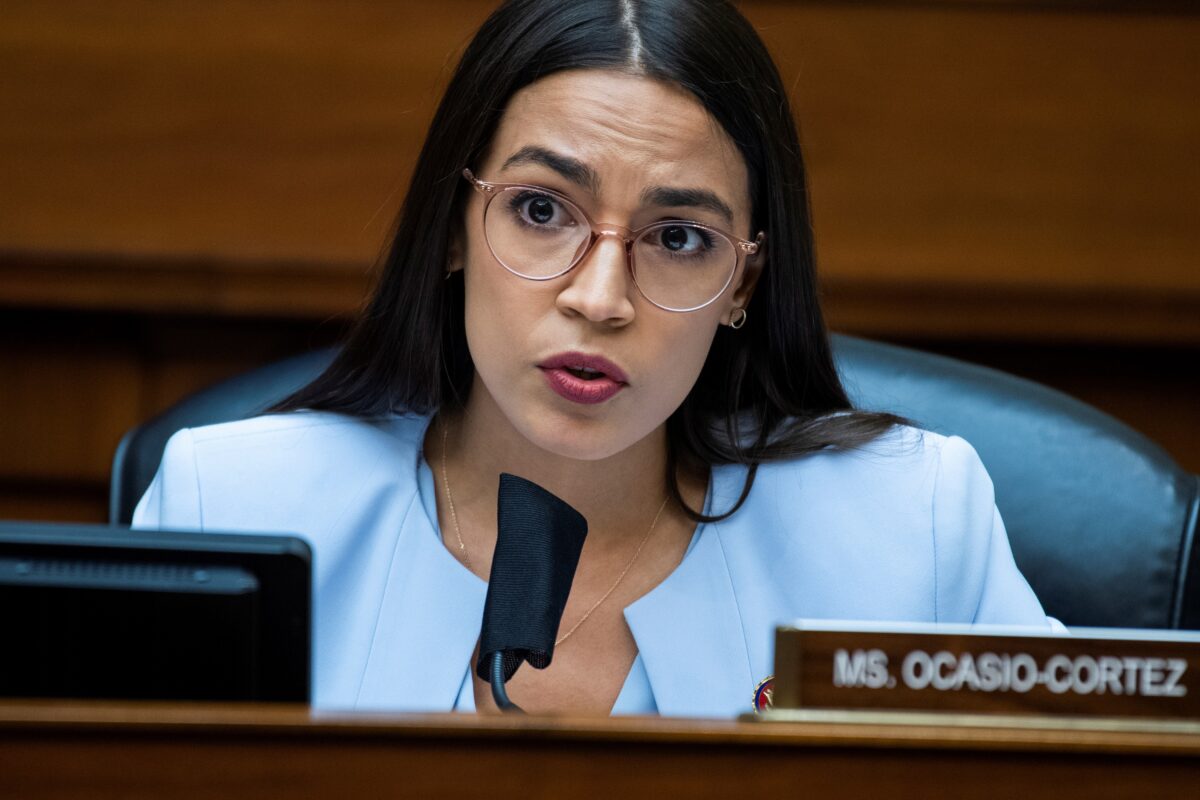 We must be getting closer to the mid-term campaigning. Democrat lies move to the center to get votes. Remember when voting in 2022 when Dems lie saying nothing happened!

Rep. Alexandria Ocasio-Cortez (D-N.Y.) said on Sunday that one cannot “blame the Republican Party” for the federal eviction moratorium expiring because Democrats hold the majority in the House.

“I think there’s a couple of issues here. First of all, you are absolutely correct in that the House and House leadership had the opportunity to vote to extend the moratorium, and there were many, and there was, frankly, a handful of conservative Democrats in the House that threatened to get on planes rather than hold this vote,” Ocasio-Cortez told CNN.

“And we have to really just call a spade a spade. We cannot in good faith blame the Republican Party when House Democrats have a majority,” she added in response to a question from CNN’s Jake Tapper about “who is to blame” for the moratorium’s expiration.

The U.S. Centers for Disease Control and Prevention several weeks ago announced it would allow the eviction moratorium that was implemented amid COVID-19 pandemic to expire at the end of July, meaning that some landlords would be once again allowed to evict people who were not paying their rent.

Some 7 million households were not caught up on their rent payments, according to data provided by the U.S. Census Bureau last month. The agency had raised concerns about an increase in evictions when the policy is lifted.

President Joe Biden had called on Congress to pass a measure that would extend the eviction moratorium late last week. The House adjourned for its scheduled August recess on Friday, July 30.

So far, House Speaker Nancy Pelosi (D-Calif.) has not issued a public statement calling the lower chamber back into session over the moratorium in a letter she sent out on Saturday night.

“There is something to be said for the fact that this court order came down on the White House a month ago, and the White House waited until the day before the House adjourned to release a statement asking on Congress to extend the moratorium,” Ocasio-Cortez added, referring to a Supreme Court decision on the moratorium several weeks ago.

Ocasio-Cortez, who sits on the House Financial Services Committee, said her panel “asked the Biden administration about their stance, and they were not being really forthright about that advocacy and that request until the day before the House adjourned, and so the House was put into a, I believe, a needlessly difficult situation.”