Mask mandates are harming our kids 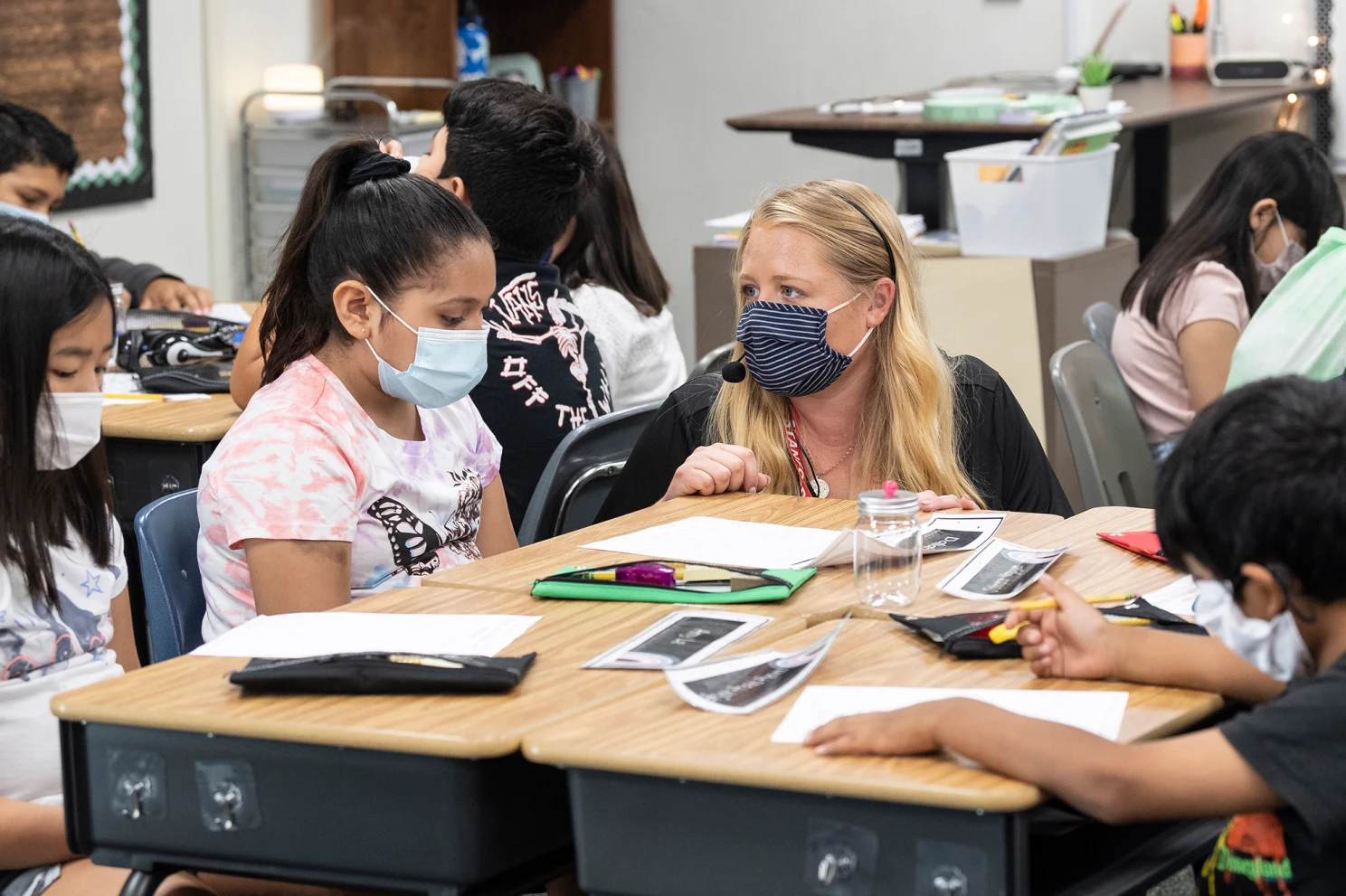 Classrooms may finally be open around the country, but we continue to live with the consequences of putting schools last.

My first grader is struggling in school. He just turned 6 and can’t read yet. He gets very easily frustrated. It’s hard to watch.

A 6-year-old not reading is not the end of the world. We know he’ll catch up. His parents are on it. He comes from a home filled with books. His two older siblings are voracious readers. We have already gotten him a tutor. He is lucky. I think often of the kids who are not so lucky.

A recent story in USA Today, headlined “Pandemic first graders are way behind in reading. Experts say they may take years to catch up,” highlighted that first graders are especially at academic risk. Reporter Jackie Mader spoke to education experts who said first grade is “the reading year” and “pivotal for elementary students.”

It’s no mystery why kids are having a hard time. After a year-plus of schools in blue areas being semi-open at best, we’ve brought kids back into classroom settings only to have them take insane, unnecessary precautions that actively harm learning.

Last week, my son’s class presented projects. The kids were masked and in their classroom while the parents watched the presentations on Zoom. To sum up the presentations by 6-year-olds: “Skjnskjngpnw kngiwnk plplwoje!” The Zoom featured a bunch of parents leaning in and listening intently to try to catch a word or two of what their kid was saying. I was fully unsuccessful.

We can go to concerts, dinners, Broadway shows. But being in the same room as the population least at risk for a poor COVID-19 outcome is forbidden. It’s because our leaders have decided that concerts, dinners, Broadway shows matter while parental involvement in kids’ education just doesn’t. They pretend there are no consequences to this. There are.

Teachers have gotten a lot of blame, but the majority are working so hard. My son’s teacher is creative and caring. It’s the entire system, starting at the top with elected leadership, that is failing our children.

Parents tell me they feel completely at a loss about how to effect sane change. The teacher has no control, the principal has no power. Few know their superintendent. The mayor is out to lunch, and, anyway, in New York, the school-masking rules come from the top. Gov. Kathy Hochul has stuck toddlers as young as 2 in masks indefinitely. Our geriatric governor, far more at risk of hospitalization or death due to COVID than a child, is frequently seen maskless in crowds herself.

Last week, The Atlantic had a piece, “We Opened the Schools and . . . It Was Fine,” about the obvious truth many of us have known all along: Schools were not the dangerous COVID-fests the teachers’ unions and their weak political allies portrayed.

But there’s been absolutely no reckoning. On these pages in May 2020, I begged then-Gov. Andrew Cuomo not to put schools dead last in the reopening plan. It was early in the pandemic, but I wrote “we now know the coronavirus risk to children is minuscule.”

This is not something we discovered at the end of 2021. We’ve known this all along and were forced to ignore it for political purposes.

The “Now It Can Be Told” pieces are there to cover up the fact that the teacher’s unions ran the show and spineless politicians did their bidding to needlessly keep schools shut. We broke children because Randi Weingarten said so. But it’s not just her. The rot is deep. The unions sat down with the Centers for Disease Control and Prevention to craft policies to keep schools shut. Anthony Fauci went from saying schools should be open to saying they could only open once President Joe Biden’s stimulus plan passed. Every force on the left aligned against children.

They still align that way today. Make no mistake about it: The people who harmed our children last year continue to do so.

The same people who were wrong about school openings now demand intense masking in schools. Only children have to mask all day, every day, with a break only while actively eating and drinking. In New York City public schools, this extends to masking outdoors. Only the safest segment of the population is forced to live this way.

In a year we’ll be seeing the articles about how, actually, masks were bad for kids all along, with no apology for having gotten it wrong. Already a Brown University study tracking cognitive development in small children attributes a dramatic drop in verbal and nonverbal development to masking.

I’m going to do what I must to save my kid. But it’s long past time those in charge should have to answer for what they’ve done to so many kids who will be left behind.