N.C. has a state-certified COVID-19 vaccination card. What’s that mean? 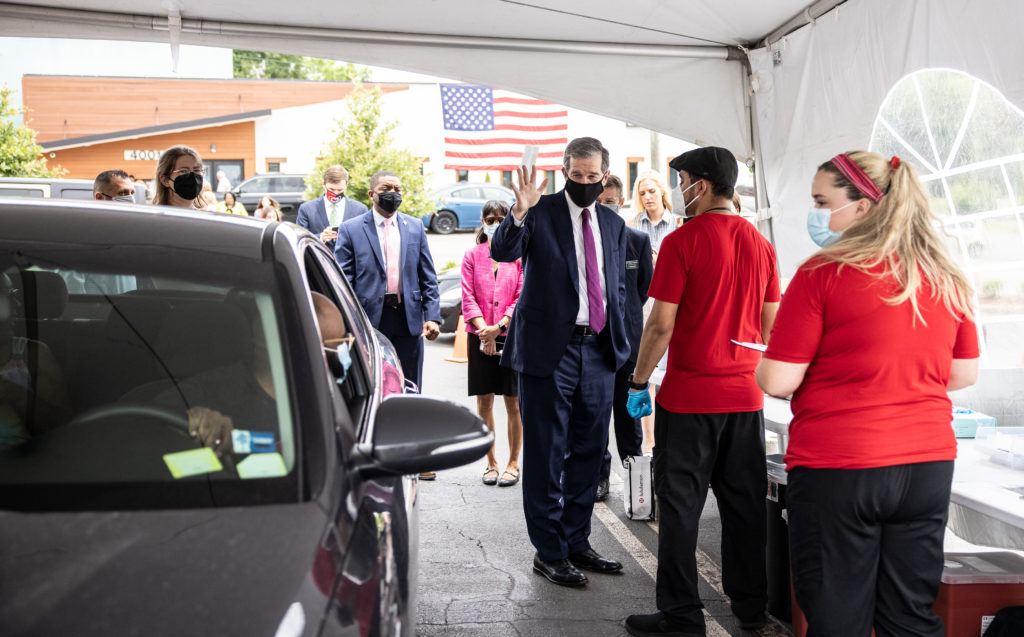 You must be kidding! Cooper is a far-left liberal that is following the fake science that Fauci is preaching!

Gov. Roy Cooper this year said his administration was exploring the development of a vaccine passport for residents.

“We want to be able to help people to be able to show others that they have gotten the vaccine because a lot of people are going to want that,” the governor said while touring a vaccination site in late March.

The debate surrounding vaccine passports is a sensitive one. Some view the passports as a useful tool toward mitigating the further spread of SARS-CoV2, helping to screen those employees, customers, or clientele deemed ‘safe’ by virtue of vaccination. Still, critics contend embracing such a system blurs the lines of medical privacy and risks, fomenting discrimination between the vaccinated and non-vaccinated and creating a two-tiered society.

The split exists largely along partisan lines. In May, six Republican members of North Carolina’s congressional delegation sent a letter to the governor calling on him to reject the creation of vaccine passports, saying such a requirement would be a violation of people’s constitutional rights.

Residents of and visitors to New York and California are pressured to show their vaccine passports to participate in any number of activities; restaurants and bars, sports and entertainment venues, screen for vaccine credentials. In North Carolina, the Cooper administration quietly launched its very own state-certified ‘vaccine information card.’

What, exactly, could this mean for North Carolinians, both vaccinated and non-vaccinated going forward? The N.C. vaccine passport isn’t mandatory. Neither are those of New York or California, and they’re not required of every resident. But critics worry that may amount to a distinction, without a difference.

The Frequently Asked Questions section of the N.C. vaccine passport page addresses several iterations of the question, ‘Am I required to show proof of vaccination for ‘X’?” The answer, consistently, is, yes, as long as they’re not state entities.

“Employers, businesses, or universities can require proof of a COVID-19 vaccine, or a valid medical or religious exemption.”

Indeed, private institutions such as Elon and Duke universities are requiring students to present proof of vaccination to register for classes, as are many other private schools in North Carolina. But the state’s public university system necessarily will not require proof for students to remain in good standing.

Will that distinction last? What about public K-12 schools?

In recent reporting on the Rowan-Salisbury school board vote to remove mask mandates for students and staff, making them optional instead despite the statewide mandate for K-12 schools, the News & Observer notes, “Under the plan, students and staff are not required to show vaccination cards, while they can choose whether to wear masks at schools.”

It’s unclear why such a requirement is mentioned. For one, no one younger than 12 is currently eligible for a vaccine.

When it comes to issues such as medical privacy and, especially, options for those who have obtained immunity through infection, Jon Sanders, research editor and senior fellow, Regulatory Studies, for the John Locke Foundation, has more questions than the FAQ page can answer.

“I think it’s an absolute joke that they’re trying to make people feel comfortable that the information is private, after establishing that it’s pretty much anybody’s business to ask,” Sanders said. “Furthermore, I would absolutely love for someone to ask why there’s no interest and no way to provide equally valid proof of natural immunity from prior infection, regardless of whether it was officially diagnosed.”

Requiring proof of vaccination to enter a business, event, or university classroom is justified on the basis that those people are unlikely to contribute to the further spread of COVID-19, and a state-certified vaccine passport helps facilitate that screening process. When it comes to the previously infected, however, no state-certified tools exist to prove what the National Institutes of Health describes as “durable” long-term immune protection from SARS-CoV2 for those that have recovered from a previous infection.

The COVID infected-and-recovered population is similarly absent in Cooper’s continued push for higher vaccination rates, as well. With the new emphasis on rising cases of the Delta variant in North Carolina and the nation, the push for vaccination has regained a sense of urgency. The governor visits vaccination sites nearly every week in an attempt to reach goals his administration set for total vaccination rates, regardless of passing the targeted date.

But despite the introduction of a cash lottery to incentivize more people to get vaccinated, rates in North Carolina have plateaued in recent weeks. Similar trends are apparent around the country, prompting those in national media to probe federal officials about whether they support local vaccine mandates.

Clear limitations exist in issuing federal vaccine mandates, limitations often lamented by White House officials when discussing the issue. Similarly, Cooper faces limits in issuing statewide mandates for vaccines, or vaccine passports. But if Cooper were to follow the president’s and Fauci’s lead in supporting local mandates, enforcement, it seems, would require a vaccine passport, which North Carolina now offers in official form.