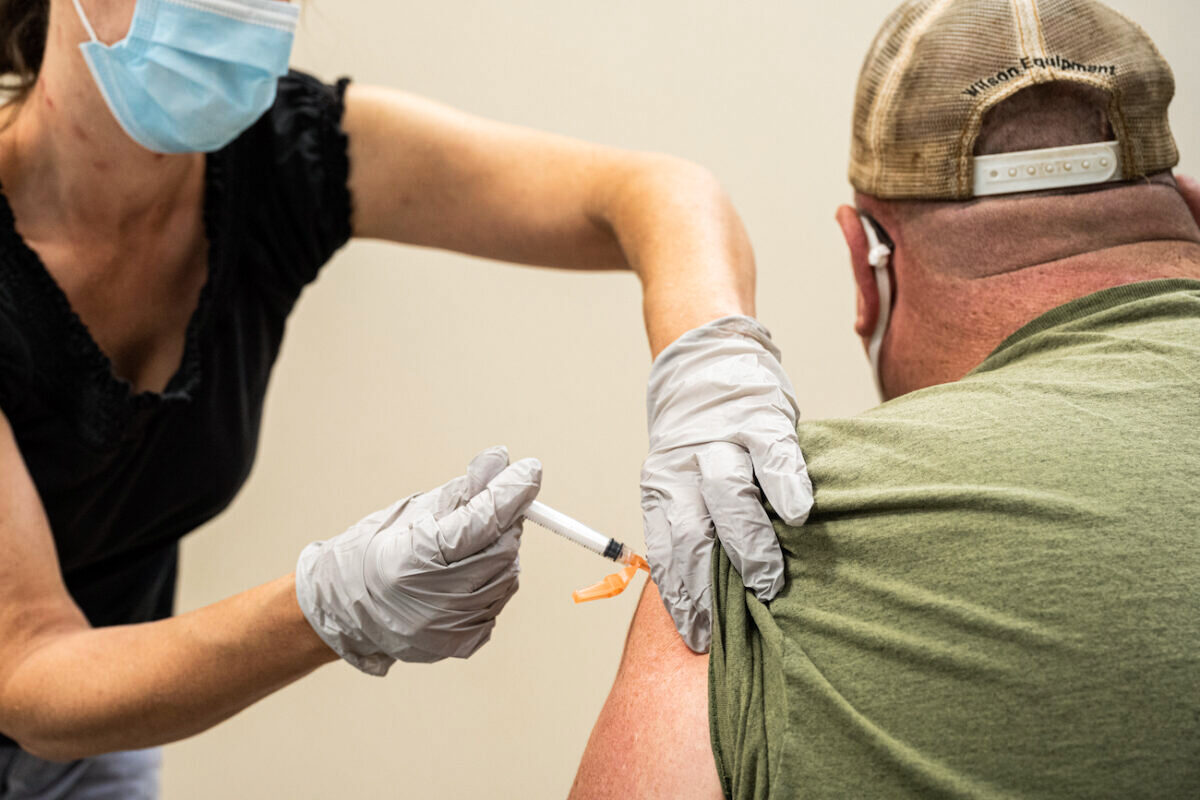 Immunity people enjoy after recovering from COVID-19 is better than the protection bestowed from vaccination, according to a new study from Israel.

Researchers analyzing data from the county’s health database from August to September found both COVID-19 infections and severe disease were higher among the vaccinated than those who recovered from the illness, also known as people with natural immunity.

Researchers found that protection against infection dropped over time among both the recovered and vaccinated, but the drop was more pronounced among the vaccinated.

They also studied two other cohorts: people with natural immunity who later got a vaccine, and people who got a vaccine and later recovered from an infection.

Case rates were low in both groups. They were the lowest by a small number in the naturally immune who got a jab.

“We found that protection against the Delta variant wanes over time for both vaccinated and previously infected individuals and that an additional dose restores protection,” Yair Goldberg, an associate professor at the Israel Institute of Technology who led the pre-print study (pdf).

The study analyzed the effectiveness of the Pfizer-BioNTech COVID-19 vaccine, the one most used in Israel.

COVID-19 is the disease caused by the CCP (Chinese Communist Party) virus.

Limitations of the study included having longer-term data for the recovered versus the other groups; an undetermined number of vaccinated people not being diagnosed as naturally immune; and possible detection bias because the naturally immune are less likely to get tested than the vaccinated.

Protection Holds Up Over Time

“Those immune cells don’t go away over time,” Dr. Jeffrey Klausner, a professor at the University of Southern California’s Keck School of Medicine, told The Epoch Times in an email.

Though the levels of antibodies go down in both the natural immune and vaccinated as time elapses since recovery or getting a shot, both groups enjoy long-lasting protection against severe disease or death.

People who are immune have a 90 percent lower risk of severe disease, according to recent research from Qatar.

The naturally immune, though, are better protected against both infection and severe disease, according to a large body of research that includes the latest study from Israel.

“If you had COVID before and recovered, all the data that we’re looking at will suggest that you have bulletproof natural immunity, which is much more robust and comprehensive than vaccine immunity,” Dr. Paul Alexander, an epidemiologist with the Early COVID Care Experts who has compiled 141 studies on natural immunity—including a major study from Israel published in August.

The question that divides the scientific community is whether people with natural immunity should get vaccinated.

Those who do are described as having “hybrid immunity.”

Top U.S. health officials, including Dr. Anthony Fauci, and some scientists have encouraged vaccination among the naturally immune.

They point to studies indicating people with hybrid immunity have the highest level of protection, at least against infection.

“The hybrid immunity of people who have survived their initial infection and then get vaccinated—they have stronger protection than anybody,” Dr. David Boulware, an infectious disease physician, and scientist with the University of Minnesota Medical School.

The Israeli researchers also suggest a dose for the naturally immune, but not everybody is on board.

“There is little benefit from getting vaccinated after recovery from COVID,” Dr. Harvey Risch, an epidemiology professor at the Yale School of Public Health.

Alexander noted that some studies indicate giving recovered patients a vaccine can lead to a higher rate of adverse events and that such events reported to Vaccine Adverse Event Reporting System is higher than other vaccines.

Boulware says a way to minimize potential events is for the recovered not to get a vaccine for at least six months after recovery.