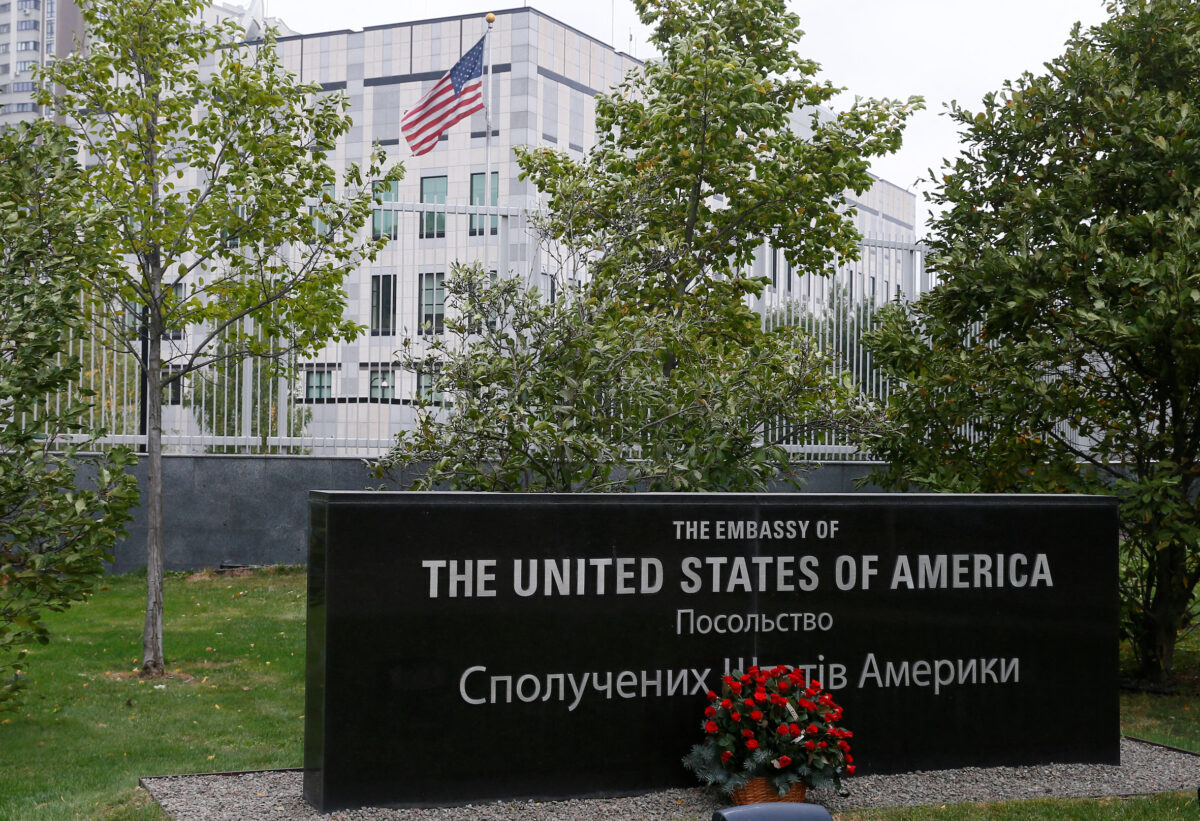 The U.S. State Department ordered family members of U.S. government employees at the U.S. Embassy in Kyiv to leave the Ukrainian capital and authorized the voluntary departure of non-essential civil servants on Sunday night.

“The U.S. Embassy’s departure status will be reviewed in no later than 30 days,” it added.

According to the embassy’s latest update on social media, the State Department’s decision is a special warning “due to continued Russian efforts to destabilize the country and undermine the security of Ukrainian citizens and others visiting or residing in Ukraine.”

It said that the U.S. Embassy Kyiv “remains open” and that consular services according to COVID-19 restrictions will continue without change or impact a “commitment to finding a diplomatic solution to Russia’s deeply troubling build-up of forces in and around Ukraine.

“We continue to reaffirm our support for the Ukrainian people and do so while committed to one of the Department’s highest priorities, the safety and security of our diplomats and the American people,” it said.

The announcement, made out of “an abundance of caution,” comes as the Ukrainian government in Kyiv, with the United States and its NATO allies, continue monitoring activities at the Russian-Ukrainian border amid an apparent impasse in diplomatic efforts to resolve the decades-long regional dispute.

Secretary of State Anthony Blinken said on Thursday, following talks with his Russian counterpart, that the United States had made clear it will consider any Russian movement across Ukraine’s border as “a renewed invasion” to be “met with swift, severe, and a united response from the United States and our partners and allies.”

The Russian Parliament is due to vote on a proposal by members of Russia’s communist party asking the Kremlin to recognize the independence of the contested Donetsk and Luhansk regions in Ukraine.

If backed by the Kremlin, which has been cautious about the proposal, the move could see an escalation in regional tensions, but Russia would meet with punitive economic sanctions.

Blinken told NBC on Sunday that while the United States is “building up deterrence and defense for Ukraine,” diplomats also remain engaged in diplomacy, which is “the preferable path forward for everyone.”

According to the U.S. embassy, given allied intelligence that military action by Russia could come at any time, the Sunday announcement was made to help U.S. citizens make plans in the case of military action, including commercial flight options to leave, as “the United States government will not be in a position to evacuate American citizens in such a contingency.”

It emphasized that “Russia put us on the current path.”

“While the United States continues to pursue the path of dialogue and diplomacy, if Russia chooses escalation and massive consequences due to significant military action against Ukraine, the current unpredictable security conditions, particularly along Ukraine’s borders, in Russia-occupied Crimea, and in Russia-controlled eastern Ukraine, could deteriorate with little notice,” the embassy warned.

Meanwhile, the state department has elevated its Level Four “Do Not Travel” advisory for Ukraine and Russia to include the regions of Crimea, Donetsk, Luhansk, citing “security threats along the Ukrainian border.”

On Sunday, Ukraine’s Defence Minister Oleksii Reznikov confirmed that a second shipment of almost 90 tonnes of “lethal security assistance” from the Biden administration’s $200 million approved in December had arrived in Kyiv to support the Ukrainian Armed Forces.

Chris Wallace OUT at Fox News