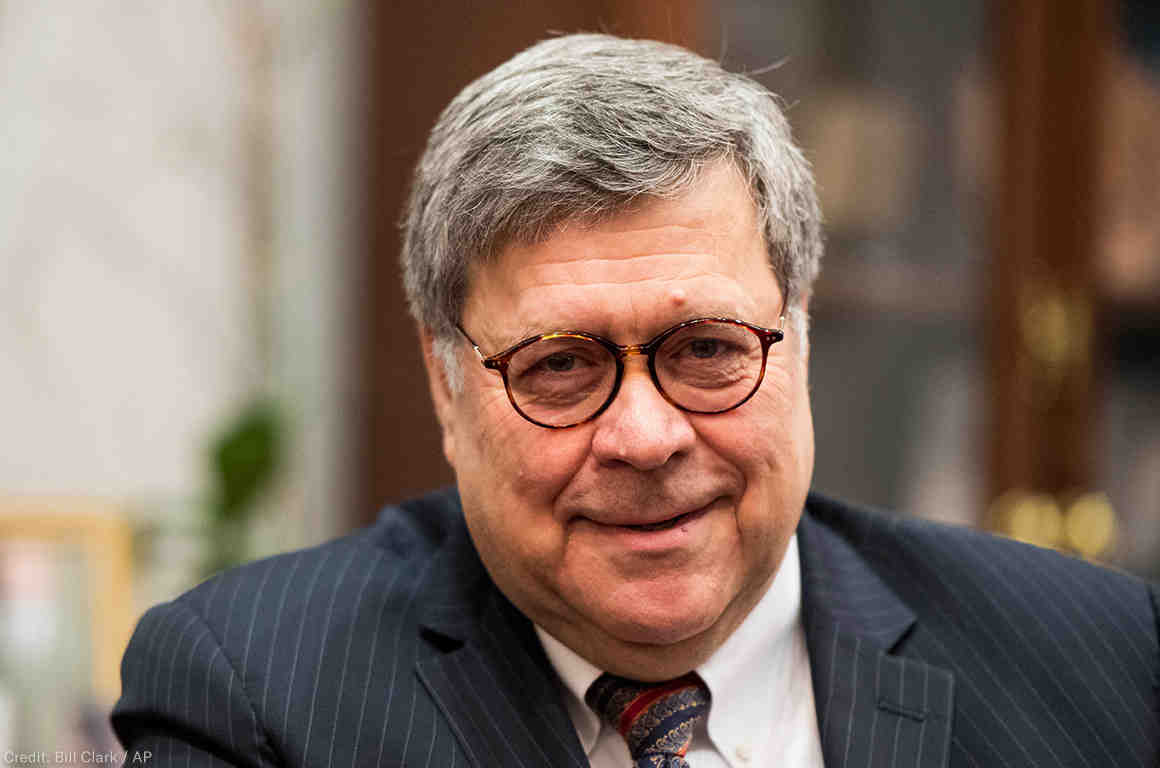 The New York Times recently confirmed the legitimacy of the laptop, breaking with the media’s earlier position that the laptop and its contents were “unverifiable.”

During an interview on “America Reports,” co-host John Roberts asked Barr where the DOJ investigation into the laptop could be headed as well as an alleged “heated debate” Barr said he had with Trump in the Oval Office over Hunter Biden’s laptop.

Below is a transcript of the exchange:

ROBERTS: “— ask you about Hunter Biden because you write about this in some level of detail in the book. Joe Biden when he was a candidate, Jen Psaki both dismissed this as it’s just Russian disinformation. Now none other than The New York Times has confirmed, yes, indeed there was a laptop that was dropped off at a shop in Delaware, and yes, indeed it had emails on it that are now being investigated by the Department of Justice. You say that you yelled at President Trump when he asked you about it. You said, ‘Mr… President, I can’t talk about that, I am not going to.’ Trump protested: ‘You know, if that was one of my kids…’ and you said, ‘damn it, Mr… President, I am not going to talk to you about Hunter Biden, period.’ You are no longer in office, so let’s get you to talk about it. Where do you think this is headed?”

BARR: “Well, I’m limited in what I can say, because I don’t want to discuss any possible ongoing investigations but my reaction to the president there was obviously resisting the idea of injecting a criminal investigation of one of the candidates’ children into the race when there hasn’t been any definitive judgment over at the Department of Justice. So, I made it clear I wasn’t going to discuss criminal cases with him, especially ones that he might have an interest in. So, I would still do that today, but I was very disturbed during the debate when candidate Biden lied to the American people about the laptop. He squarely confronted with the laptop and he suggested that it was Russian disinformation and pointed to the letter written by some intelligence people, it was baseless, which he knew was a lie, and I was shocked by that, and fortunately the DNI came out and said no it’s not disinformation, the FBI said the same thing, media ignored it. So when you are talking about interference in an election, can’t think of anything more than that kind of…”

ROBERTS: “Knowing what you know of the case, do you think that there is any legal liability for the president here? Perhaps not while he is in office?”

BARR: “I wouldn’t want to venture an opinion on that.”

Smith: “Let me ask it a different way, Bill. So, obviously there was the media coverage of this, which obviously is being highlighted, was all over the place and atrocious, and now there is the New York Post, for example, the headline right now is ‘The White House Ignores Its Hunter Problem.’ Suddenly Jen Psaki can’t comment on something that she commented on many, many times before. So, does the White House have a problem here?”

BARR: “Well, I think now, you know, from a political standpoint, now this is in people’s consciousness, it had been suppressed up until now, obviously they have a hot potato, and just to see how they handle it will be interesting.”

ROBERTS: “Let me ask you about Ukraine, because last week when you were on with Bret, you said that you didn’t see that there was a way that this would end and Putin stays in office. Do you still feel the same way? Ukrainians are promoting the idea that yes, there is dissent in Russia and there are some oligarchs who might be preparing to move against him, but we are not picking anything up, really, out of Russia, that suggests anybody is gunning for Putin at this point, and that the oligarchs are really under his thumb —“

ROBERTS: “— and couldn’t rise up against him. What do you think?”

BARR: “I agree with that, but I do think that at the end of the day, this is not going to come to a clean ending, there will be resistance, there will continue to be Russian casualties, it will be messy, and as that drags out, then I think that will be where Putin is vulnerable.”

One person in the US may have died from Omicron