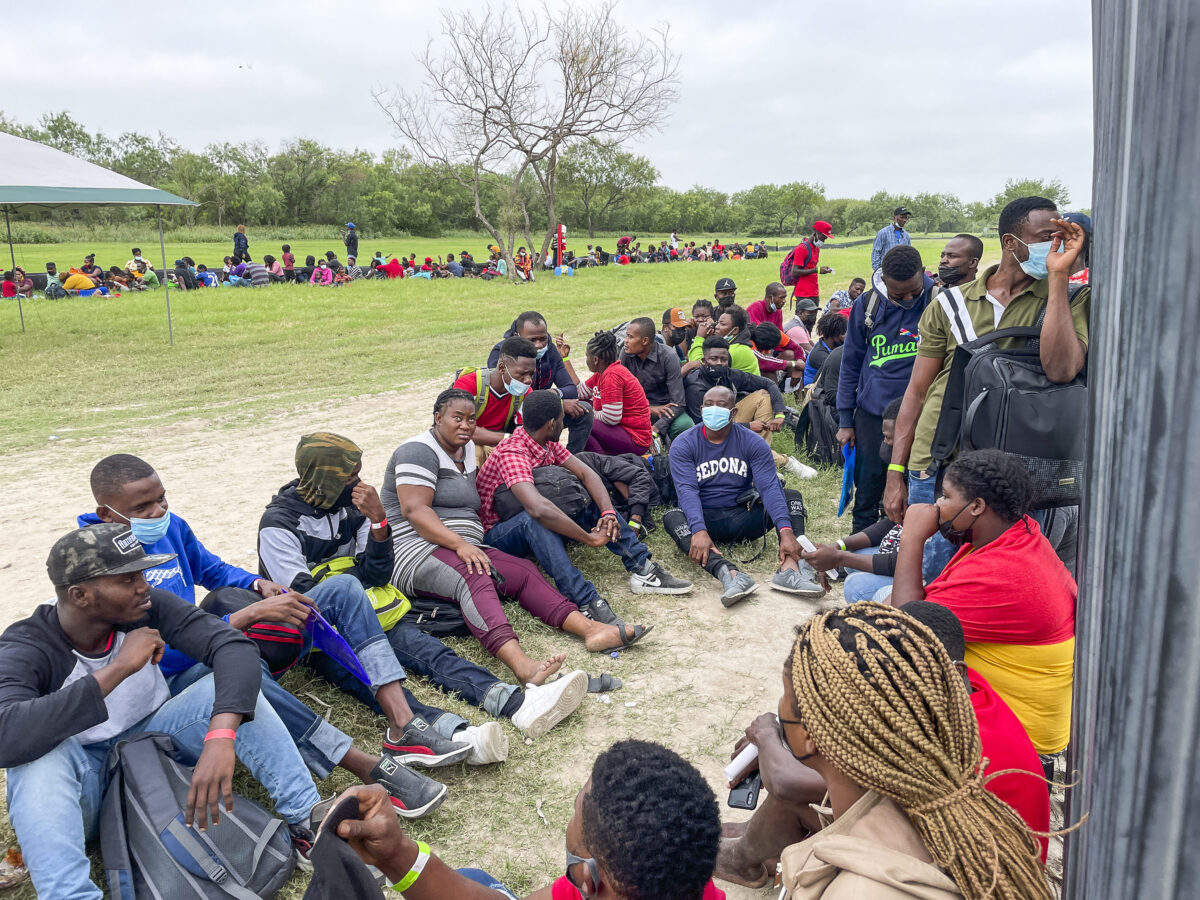 Border officers are releasing illegal immigrants who test positive for COVID-19 to a nonprofit organization, Texas authorities said this week.

The immigrants were handed over to the Catholic Charities of The Rio Grande Valley, which arranged for their stay in a La Joya, Texas, hotel that it had rented out entirely, La Joya police officials said.

The situation came to light on July 26, after a concerned citizen reported to a police officer that she saw members of a family who were coughing and sneezing without covering their mouths at a Whataburger location, and they weren’t wearing masks. Management at the restaurant where the incident was reported said they wanted the family to leave because they were disregarding other people’s health.

The officer went to the family, who told the officer they had been apprehended by Border Patrol agents just days before but were released because they had COVID-19. The family was being housed at the Texas Inn Hotel, which authorities later learned had been completely booked to house such immigrants.

“The information we have is that everybody that is staying in that hotel is COVID-19 positive,” Casas said.

Officers later witnessed a group of 20 to 30 people staying at the hotel outside. Most of them weren’t wearing masks.

Officers also later learned that the illegal immigrants being detained by Border Patrol were given over to the nonprofit to be placed in hotels in the La Joya and McAllen, Texas, areas.

“We have been doing well as a community in slowing the spread of this deadly virus. But ill-conceived policies by both the federal and state governments are beginning to have serious consequences on Hildago County. I call on federal immigration officials to stop releasing infected migrants into our community,” Richard Cortez, the county judge, said in a statement.

A Catholic Charities of The Rio Grande Valley representative didn’t return a request for comment by press time.

The charity’s executive director, Sister Norma Pimentel, told Border Report that the group has been helping house COVID-positive immigrants in hotels. Pimentel said that a security guard is now at the La Joya hotel to keep the immigrants inside.

A spokesperson for Customs and Border Protection told The Epoch Times via email that the agency in the Rio Grande Valley (RGV) Sector “continues to encounter significant numbers of undocumented migrants crossing the border.”

An undocumented migrant is a term for illegal aliens.

“RGV continues to expel individuals under Title 42 authorities as part of COVID mitigation efforts and utilizes pathways under Title 8 proceedings to remove those amenable to their home countries,” the spokesperson wrote. “During these challenging times, our federal, state, and local partnerships are indispensable as we work to secure our borders and to quickly move individuals out of USBP custody and through the appropriate immigration pathway.”

Border agents in the Rio Grande Valley apprehended more than 20,000 illegal immigrants in a single week this month, part of a dramatic rise in apprehensions seen during President Joe Biden’s first term.

Texas authorities have begun taking matters into their own hands, arresting immigrants on trespassing charges. The city of Laredo, Texas, sued the Biden administration last week in a bid to stop the transfer of thousands of illegal immigrants from among those apprehended in the Rio Grande Valley and Del Rio to the city.