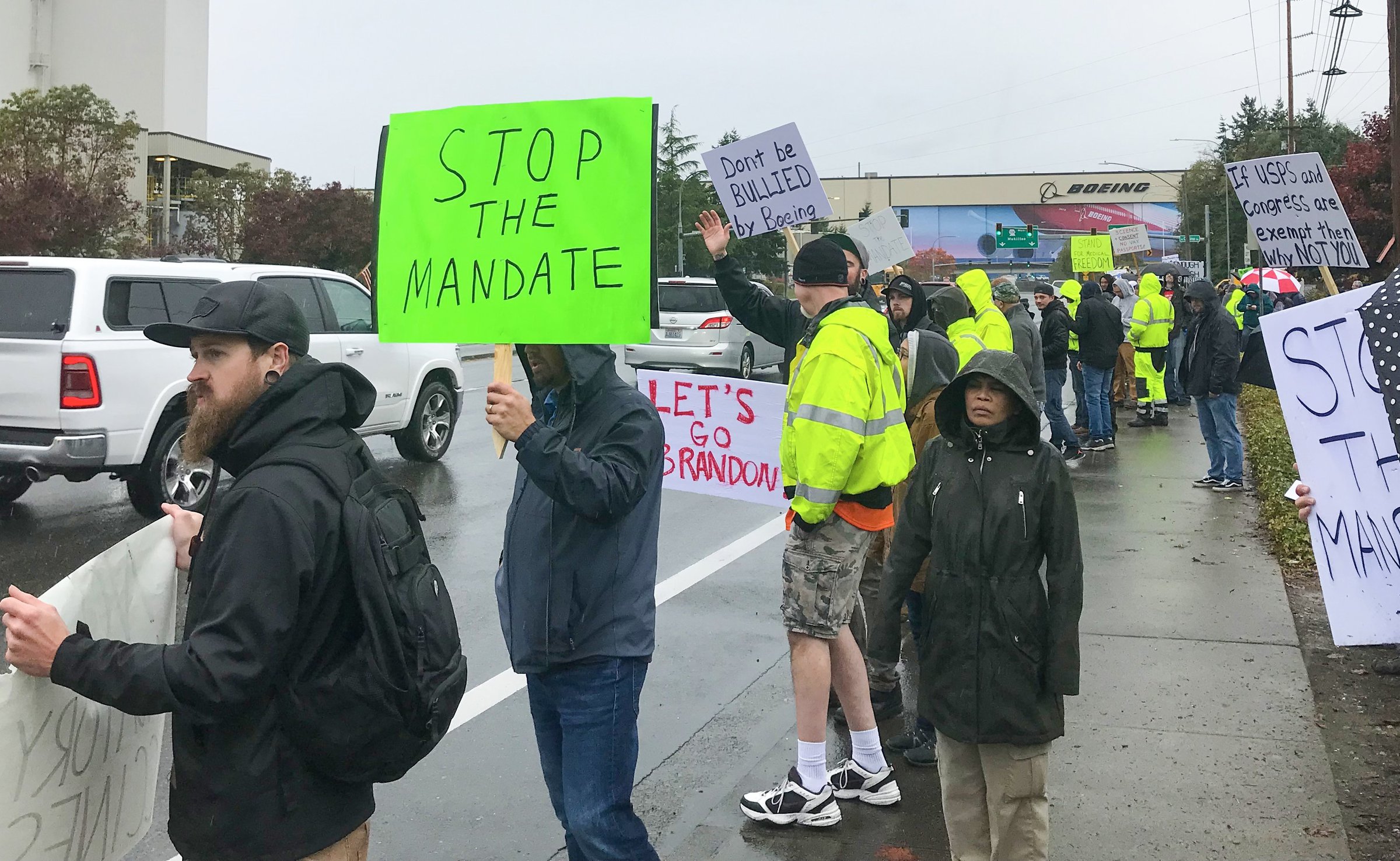 Despite the fast spread of the omicron variant of the coronavirus in the U.S., Boeing on Friday told workers that it’s suspending a company vaccination requirement for all U.S.-based employees.

The company adopted a vaccine mandate in October to ensure compliance with the federal executive order that required all employees of federal contractors to be vaccinated.

The mandate faced fervent opposition from a vocal minority of Boeing workers, some of whom insisted they would rather lose their jobs than comply.

In an internal company announcement, Boeing told employees its decision to suspend the mandate “comes after a detailed review of a U.S. District Court ruling earlier this month that halts the enforcement of a federal executive order requiring vaccinations for federal contractors.”

The statement also cited “a recent Executive Branch directive not to enforce the order on those contractors and a number of state laws which limit an employer’s ability to impose mandatory vaccine requirements.”

Late Friday afternoon, the 6th U.S. Court of Appeals in Cincinnati reinstated a separate Biden administration vaccine mandate that applies to businesses with at least 100 workers. The ruling lifted a November injunction that had blocked enforcement of the rule.

“We’ll continue to communicate with employees if there are any changes in the future,” she said.

And in an indication that the mandate could be reimposed if the legal situation resolves to require it, Boeing said it “will continue to monitor and follow federal, state and local requirements, and notify impacted employees of any changes.”

In an interview after the announcement, Boeing Commercial Airplanes CEO Stan Deal, who is vaccinated, said he still wants “to encourage every one of our workforces to get vaccinated.”

Pointing to how critical vaccination is for the hope of a global air travel recovery, Deal added that “the world, and the airline industry, will recover under vaccination.”