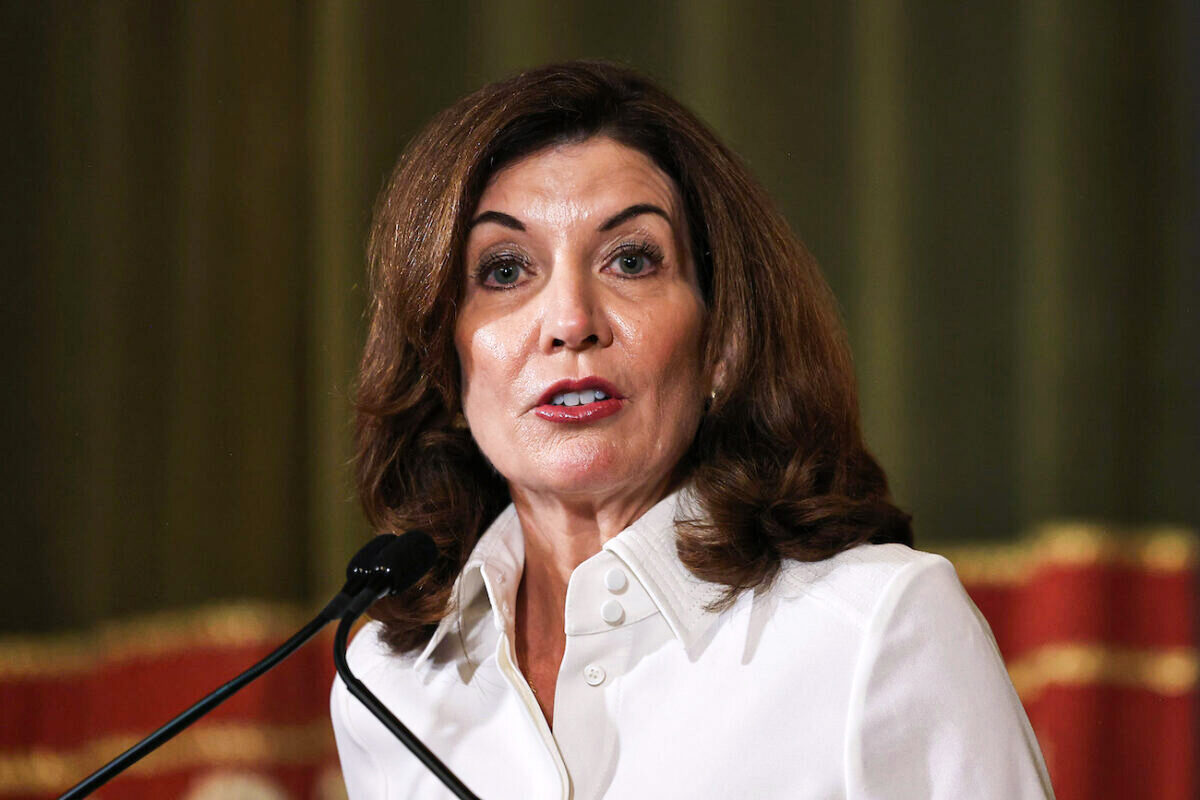 In mid-December, the Democrat governor enacted the mandate in the midst of rising COVID-19 cases, in part, fueled by the Omicron variant.

New York Supreme Court Judge Thomas Rademaker wrote in his order (pdf) that Hochul doesn’t have the authority to impose such a mandate because the state Legislature would have to approve laws requiring masks in schools and in other public areas.

“Neither the governor nor the state health commissioner had the authority to enact the mandate without the state legislature because Governor Hochul no longer has emergency powers,” Rademaker wrote in his order.

According to the ruling, “There can be no question that every person in this state wishes, wants, and prays that this era of COVID ends soon and they will surely do their part to see that is accomplished.”

Following the ruling, Hochul issued a statement on Monday night saying that her “responsibility as Governor is to protect New Yorkers throughout this public health crisis, and these measures help prevent the spread of COVID-19 and save lives,” even though her state saw a significant rise in COVID-19 cases in late December and early January after the mandate was handed down.

“We strongly disagree with this ruling, and we are pursuing every option to reverse this immediately,” she wrote.

Days after she announced the mandate for all public places, Hochul appeared to backtrack by saying that she won’t force counties to comply. Several county executives pushed back on the order.

“My health department has critical things to do that are more important than enforcing this, and I think small businesses have been through enough already,” Orange County Executive Steve Neuhaus, a Republican, said in December. “God forbid the governor directs the state police to go out and enforce it.”

And on Dec. 30, the governor’s office confirmed the state won’t send inspectors to businesses to see whether they are enforcing her mandate. Previously, Hochul said during two news conferences that her administration would help counties identify businesses that are out of compliance, including “some spot checks.”

On Jan. 21, Hochul announced that New York would keep the mask mandate intact for schools and other public places until Feb. 1. Like numerous other COVID-19-related rules, the governor did not commit to an expiration date on when the mandate would end.