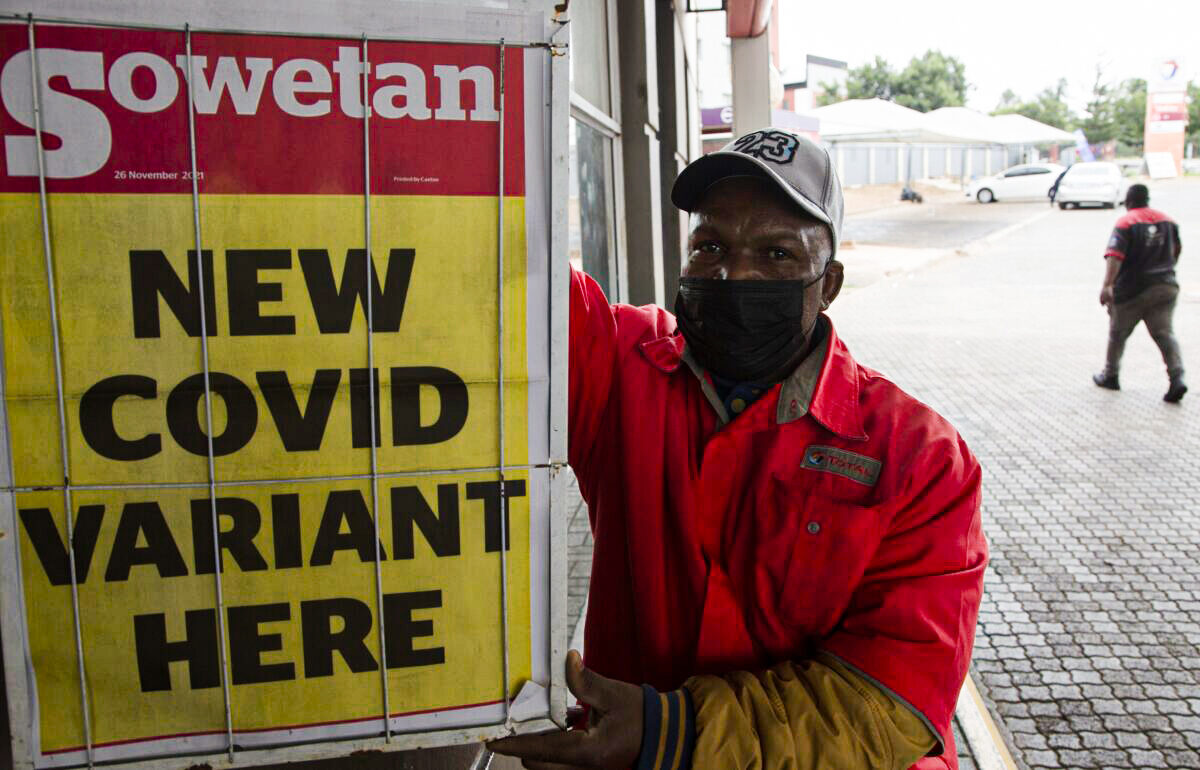 The newest variant of concern of the virus that causes COVID-19 causes unusual symptoms but those symptoms are mild, a top South African doctor says. Dr. Angelique Coetzee practices in Pretoria, the capital of South Africa, one of the countries where the Omicron CCP (Chinese Communist Party) virus variant was first detected earlier this month. Coetzee recalled seeing a variety of patients enter with symptoms not associated with other CCP virus strains, including a high pulse rate. “Their symptoms were so different and so mild from those I had treated before,” Coetzee told The Telegraph. Most of the patients who turned up to her clinic and have tested positive for COVID-19 felt tired.

Other symptoms included sore muscles and a slight cough, Coetzee added to Sputnik. “There are no prominent symptoms. Of those infected, some are currently being treated at home,” she said. The most common symptoms from earlier variants include fever, dry cough, and loss of taste or smell, though some patients are known to have suffered from fatigue. A small subset of the infected require hospital care for their symptoms, and deaths are mostly among the elderly and people with serious underlying health conditions like obesity and kidney disease.

People with the Omicron variant were also identified in Botswana and later detected in a slate of other areas, including Hong Kong, the United Kingdom, and the Netherlands. Many nations have barred or restricted travel from southern Africa over the variant, citing concerns that it’s more transmissible. But top South African scientists told reporters Friday that little is known yet about Omicron.

Scientists are trying to gather more information about its transmissibility, whether it can evade immunity bestowed by vaccines or COVID-19 recovery, and whether it causes severe disease at a higher rate than other strains. “Information on the virus is still evolving and no major conclusions can be drawn as yet,” Dr. Christopher Nyanga, Botswana’s health secretary, said in a statement dated Nov. 26.

Coetzee told The Guardian that experts weighing in how the variant may affect people were engaging in speculation. “It may be it’s highly transmissible, but so far the cases we are seeing are extremely mild,” she said. “Maybe two weeks from now I will have a different opinion, but this is what we are seeing. So are we seriously worried? No. We are concerned and we watch what’s happening. But for now, we’re saying, ‘OK: there’s a whole hype out there. [We’re] not sure why.’”

The United States ban on travelers from southern Africa was driven by a desire to better understand Omicron, health official Dr. Anthony Fauci said during a television appearance on Saturday. “We want to give us some time to really fill in the blanks of what we don’t know right now,” he said.

South Africa on Saturday reported 3,220 new laboratory-confirmed COVID-19 cases, an increase of 9.2 percent from the prior day. Still, the average daily cases are down considerably from the summer, when it peaked at around 11,500.

Just 30 new hospital admissions with COVID-19 were reported in the last 24 hours, but another African expert warned that Omicron could lead to healthcare systems being overburdened. “I’m worried that as the numbers go up that public health institutions are going to be overwhelmed,” Rudo Mathivha, head of the intensive care unit at Soweto’s Baragwanath Hospital, told a recent briefing. Mathivha said the hospital is seeing different patients than earlier in the pandemic, including more younger people.