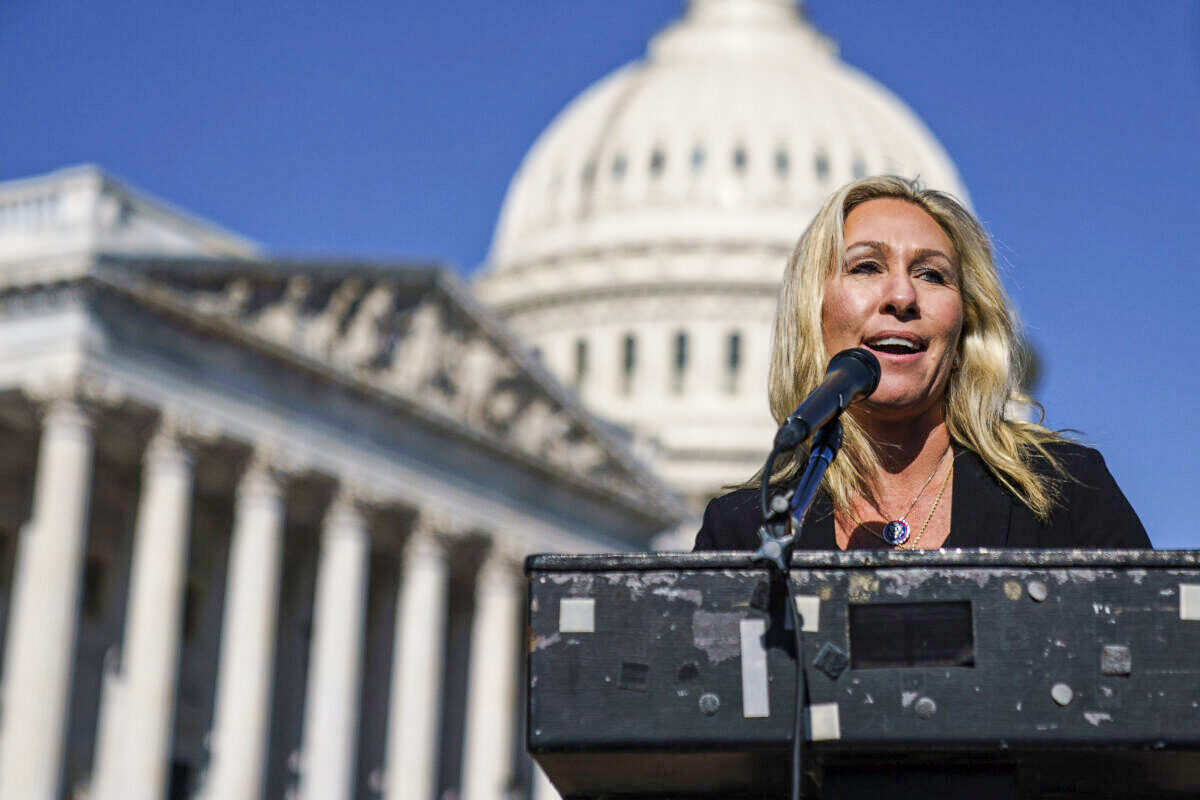 Rep. Marjorie Taylor Greene is one republican patriot that does always speaks out against the communist democratic party and the RINO republicans that support them.

Twitter on Sunday suspended the personal account of Rep. Marjorie Taylor Greene (R-Ga.) and claimed she was posting false information relating to the COVID-19 pandemic.

“We permanently suspended Marjorie Taylor Greene for repeated violations of our COVID-19 misinformation policy,” a Twitter spokesperson said in a statement to news outlets, repeating a boilerplate message that it has offered after other recent suspensions were handed down. “We’ve been clear that, per our strike system for this policy, we will permanently suspend accounts for repeated violations of the policy.”

It’s not clear which of Greene’s posts drew the ire of Twitter on Sunday, and Twitter did not elaborate on the alleged “misinformation” that Greene posted.

“When Maxine Waters can go to the streets and threaten violence on Twitter, Kamala and Ilhan can bail out rioters on Twitter, and Chief spokesman for terrorist [Islamic Revolutionary Guard Corps] can tweet mourning Soleimani but I get suspended for tweeting VAERS statistics, Twitter is an enemy to America and can’t handle the truth,” Greene wrote on the platform. “That’s fine, I’ll show America we don’t need them and it’s time to defeat our enemies.”

They have no right to cut off a Congresswoman’s ability to share her views with both her state constituency and all other Americans. These social platforms should enable all of us to share all our views. I could understand “bleeping” out inappropriate language but THAT IS all. Americans have the right to freedom of speech and the freedom of deciding for themselves what they want to hear and what they do not want to hear. If they can censor us, why can’t we censor them with laws that will allow us all to maintain our rights and freedoms? WAKE UP AMERICA.

Greene was referring to VAERS, or the Vaccine Adverse Event Reporting System, that people use to report adverse events following vaccination.

With Greene’s ban, it suggests that Twitter is taking a more hard-line stance against users who post COVID-19 or vaccine information that runs contrary to official narratives.

“Today it did. Over a half-million followers gone in a blink of an eye. That means I must have been on the mark, so to speak. Over the target,” Malone wrote on Substack. “It also means we lost a critical component in our fight to stop these vaccines being mandated for children and to stop the corruption in our governments, as well as the medical-industrial complex and pharmaceutical industries.”