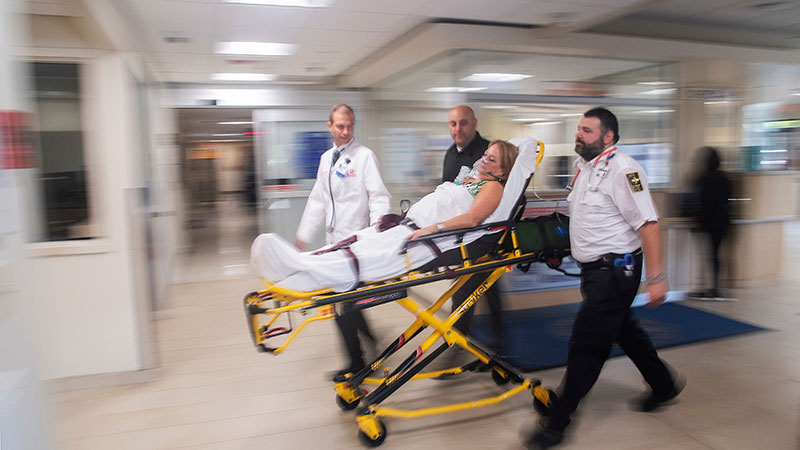 This is huge. Something is killing healthy people at an unprecedented rate. It isn’t COVID. Could it be the “safe and effective” COVID vaccine? I think so. Here’s why.

Note: In the event, this story “disappears” from view, I kept a backup. You can’t be too careful nowadays.

This is big. Really big. And I’m not the only one that thinks so.

All of this means that “something” is causing MASSIVE numbers of excess deaths in 2021.

I wonder what is killing all these people?

Here are the clues we have, so we need someone really smart to piece this mystery together:

So I must say, I’m baffled. I had thought it was the COVID vaccine because it fit all the evidence except the last item. I was so close…

Here is the death rate by age from the CDC below. See how stable it is from year to year? Amazingly stable! So when you get a 40% jump, that is unbelievable. It is a 4-alarm fire.

Extrapolating this to the rest of the country

If that jumped by 40% from pre-pandemic levels in Q3 and Q4, we should assume that Q2 was the ramp-up period (we’ll assume a linear ramp up in Q2).

So that means roughly 187K excess deaths are probably happening for ages 18-64 due to some new cause.

Let’s see if this might match the number killed by the vaccines in the US for the same age range. I used 65 in the query because that means “under 65”:

I’m going with explanation #2. I’ve always said 41 is a conservative URF for deaths. The 41 is computed from anaphylaxis rates which are the most likely events to be reported to VAERS. It wouldn’t surprise me at all that deaths are under-reported by a much larger ratio.

This is huge. My closest friends all noticed this article too and wrote about it.

I only found out about these articles after I wrote my initial draft last night. I wanted to sleep on it before I published it.

Three of the people I talk to most frequently about vaccine-related issues are Jessica Rose, Mathew Crawford, and Robert Malone.

What do you know: all three of them published their substacks on this topic before I hit the “Publish” button. So I’m late to the game.

My friends concur with my reaction to the significance of this article.

Take a moment to read the entire article. Now.

just like I wrote (independently). We probably wrote it at the same time.

What if the largest experiment on human beings in history is a failure?

It is starting to look to me like the largest experiment on human beings in recorded history has failed. And, if this rather dry report from a senior Indiana life insurance executive holds true, then Reiner Fuellmich’s “Crimes against Humanity” push for convening new Nuremberg trials starts to look a lot less quixotic and a lot more prophetic.

AT A MINIMUM, based on my reading, one has to conclude that if this report holds and is confirmed by others in the dry world of life insurance actuaries, we have both a huge human tragedy and a profound public policy failure of the US Government and US HHS system to serve and protect the citizens that pay for this “service”.

IF this holds true, then the genetic vaccines so aggressively promoted have failed, and the clear federal campaign to prevent early treatment with lifesaving drugs has contributed to a massive, avoidable loss of life.

AT WORST, this report implies that the federal workplace vaccine mandates have driven what appears to be a true crime against humanity. Massive loss of life in (presumably) workers that have been forced to accept a toxic vaccine at a higher frequency relative to the general population of Indiana.

Insurance companies – just like banking, not so boring anymore!

So what does this tell us? It tells us that we are potentially in a huge steaming pile of shit. To be frank. These indications from our friend at the insurance company are simply that – indications. If what we are seeing in VAERS, and the other adverse event reporting systems, is the mere reflection of what is actually going on with regards to injuries, which I presume it is, then we ain’t seen nothing yet. And if what is being reported with regards to immune deficiencies associated with these injections is not simply anecdotal or representative of a small sub-cohort of individuals, we could be looking at a government imposed complete health disaster. We will have to pull together to get through it, as I always say.

To end this write-up, as Robert said, I hope I am wrong. But I fear that I am not.

Why are Non-COVID Deaths at Historic Highs in Indiana?

Davidson described a 10% increase in mortality as a 3-sigma (standard deviation) event, so that makes 40% a 12-sigma event. That’s statistics talk for how far from ordinary unusual events are. For clarification, a three-sigma event should happen around once every 300 or so years and a six-sigma event should happen once every 300,000 or so years. We’re talking about the proportion of the area under a normal curve that is shaded in proportion to the total area. We would really need to zoom in on it quite a bit to detect with the naked eye.

This is not just about COVID-19, but not one person in the news conference comes out to discuss vaccine deaths or injury, not even to allay the fear. They don’t want to discuss it.

This is not an isolated incident

Reaction from the mainstream press was predictable: they ignored it

The mainstream media didn’t pick up on this at all. It is 7am PST on January 3 and I just did this Google query and found the ONLY story was the original story. Nothing else. Nobody else thought it was important. Just me and my friends.

Is there another explanation for all of this?

Is there a better explanation that fits the number of deaths and the causes of death? I wouldn’t want to leap to conclusions.

There could be something we haven’t thought of. For example, did you know that Twitter determined that the huge rise in athlete deaths since the jabs were rolled out was due to “dehydration, overheating, and undiagnosed heart conditions?” The fact that these deaths were happening in the winter was immaterial. And the fact that they cited no evidence to back up their hypothesis was expected. And they didn’t explain why it didn’t happen last year or in any other year. An exercise for the reader I guess.

There is no stopping condition for the vaccine

It’s important to point out that, unlike every other clinical trial that would be approved by an internal review board (IRB), this one does not have a pre-defined stopping condition.

The CDC and FDA cannot pull the plug on the vaccine because no stopping condition was pre-defined.

And nobody in Congress will set a stopping condition (we asked Members of Congress “How many kids have to die before you will call a halt to the vaccines?” and they all refused to answer).

What you can do about it

Thanks to Steve Kirsch’s newsletter for this article!