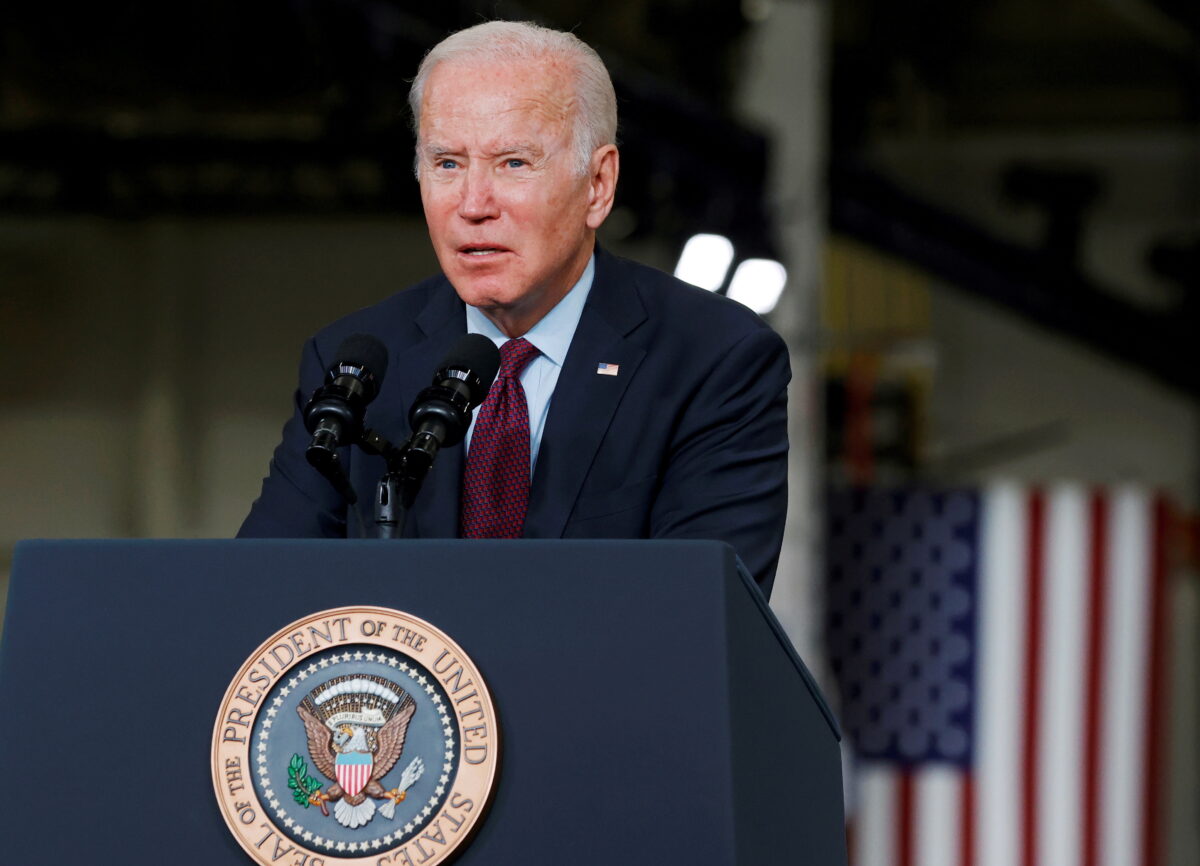 OSHA is a regulator of viruses now? That’s a hoot. Government overreach is getting worse by the day. This is no different than boiling frogs in a pot of water. Don’t be the frog! This is unconstitutional. This clearly and precisely shows just how corrupt ALL departments are – infiltrated by the CCP and more evil. This has nothing to do with our health. Stop this nonsense now.

The rule issued by OSHA meant that some 84 million U.S. workers faced a Jan. 4 deadline to get vaccinated before it was paused. It is unclear after the latest ruling Friday when the requirement will be in effect.

The case was brought by multiple businesses, including the American Family Association; multiple individuals; and several states, including Texas, Utah, and Mississippi. Petitioners said the mandate, promulgated as an Emergency Temporary Standard (ETS) by the Department of Labor’s Occupational Safety and Health Administration (OSHA), should be struck down because it exceeds OSHA’s authority under the Occupational Safety and Health Act.

Earlier this week, the 6th Circuit’s active judges rejected a move to have the entire panel consider the case, on an 8–8 vote, reported The Associated Press.

The dissenting judge, Joan Louise Larsen, was appointed by President Donald Trump, a Republican. In her dissenting opinion, she noted that Congress did not authorize OSHA to create such a rule; furthermore, to work around Congress, the rule did not meet the emergency standard of necessity that the secretary of labor needed to bring it about.

“The Secretary has not made the appropriate finding of necessity,” she noted. “An emergency standard must be ‘necessary to protect employees from [grave] danger.’”

She wrote, “The purpose of the mandate is to protect unvaccinated people. The rule’s premise is that vaccines work. And so, OSHA has explained that the rule is not about protecting the vaccinated; they do not face ‘grave danger’ from working with those who are not vaccinated.”

She also added, “[A] multitude of petitioners—individuals, businesses, labor unions, and state governments—have levied serious, and varied, charges against the mandate’s legality. They say, for example, that the mandate violates the nondelegation doctrine, the Commerce Clause, and substantive due process; some say that it violates their constitutionally protected religious liberties and the Religious Freedom Restoration Act of 1993. To lift the stay [by the 5th Circuit] entirely, we would have to conclude that not one of these challenges is likely to succeed. A tall task.”

Under the rule, employees who are not fully vaccinated would have to wear masks and be tested on a weekly basis for the CCP (Chinese Communist Party) virus, which causes the disease COVID-19. Exceptions would apply to those who work outdoors or from home.

Arkansas Attorney General Leslie Rutledge denounced the ruling. In a statement, she indicated she would move to ask the U.S. Supreme Court to block it. “The Sixth Circuit’s decision is extremely disappointing for Arkansans because it will force them to get the shot or lose their jobs,” she said.

South Carolina Attorney General Alan Wilson, who chairs the Republican Attorneys General Association, expressed disappointment in the decision. “We are confident the mandate can be stopped,” he wrote on Twitter, adding: “We will go immediately to the Supreme Court—the highest court in the land—to fight this unconstitutional and illegal mandate. The law must be followed and federal abuse of power stopped.”

Zachary Stieber and Nick Ciolino contributed to this report.