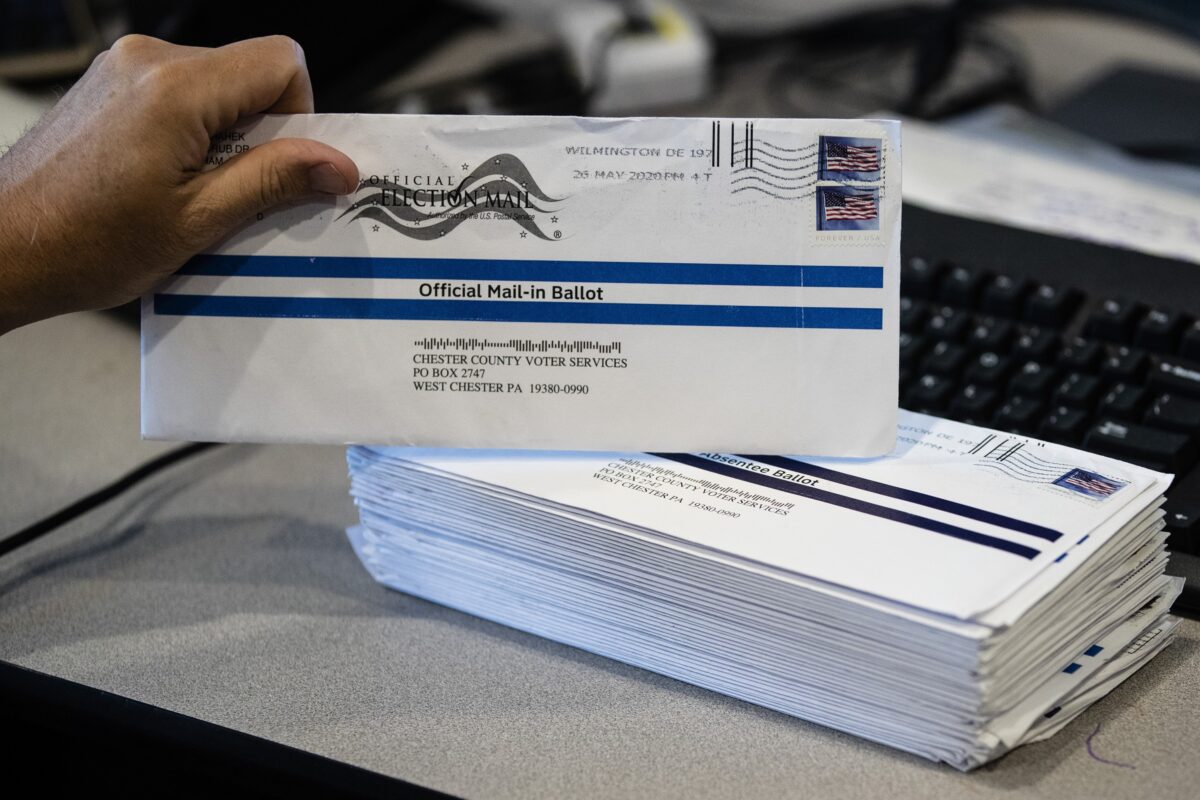 The Pennsylvania court struck down the state’s mail-in voting law on Friday and said the Pennsylvania Constitution requires voters to cast their ballots in person unless they meet specific requirements.

“No-excuse mail-in voting makes the exercise of the franchise more convenient and has been used four times in the history of Pennsylvania,” wrote Commonwealth Court Judge Mary Hannah Leavitt (pdf) in an opinion. “Approximately 1.38 million voters have expressed their interest in voting by mail permanently.”

Three Republican judges opted to strike down the law over the dissent of two Democratic judges.

Democrat Gov. Tom Wolf’s administration will most likely appeal the ruling. A spokesperson for Wolf’s office did not immediately respond to a request for comment.

Following the 2020 election, Republicans criticized Pennsylvania court decisions, including one that allowed mail-in ballots to be counted up to three days after the 2020 election so as long as they were postmarked by Election Day.

“Big news out of Pennsylvania, the great patriotic spirit is developing at a level that nobody thought possible,” former President Donald Trump said in a statement that celebrated the Pennsylvania ruling on Friday. “Make America Great Again!”

More than 2.6 million Pennsylvanians voted via the mail during the 2020 general election, according to the Pennsylvania elections agency. The figure includes both absentee voting and no-excuse mail-in voting.

In August 2021, 14 Republican members of the Pennsylvania House of Representatives filed a lawsuit against the mail-in voting law, saying it was unconstitutional. Bradford County Commissioner Doug McLinko in September 2021 filed a similar legal challenge before the two suits were consolidated into one.

Later, the Democratic National Committee and the Pennsylvania Democratic Party intervened to defend the law in tandem with Wolf’s administration.

The Democratic National Committee and the Pennsylvania Acting Secretary of State’s office did not immediately issue comments after the court’s ruling on Friday.

Adam Bonin, Cohen’s lawyer, told the Allentown Morning Call that his client is “disappointed in the court’s ruling, not only because of it’s impact on Zac, but especially for all those voters who deserve to be heard in this election.” Cohen is 74 votes behind Republican David Ritter in the race.