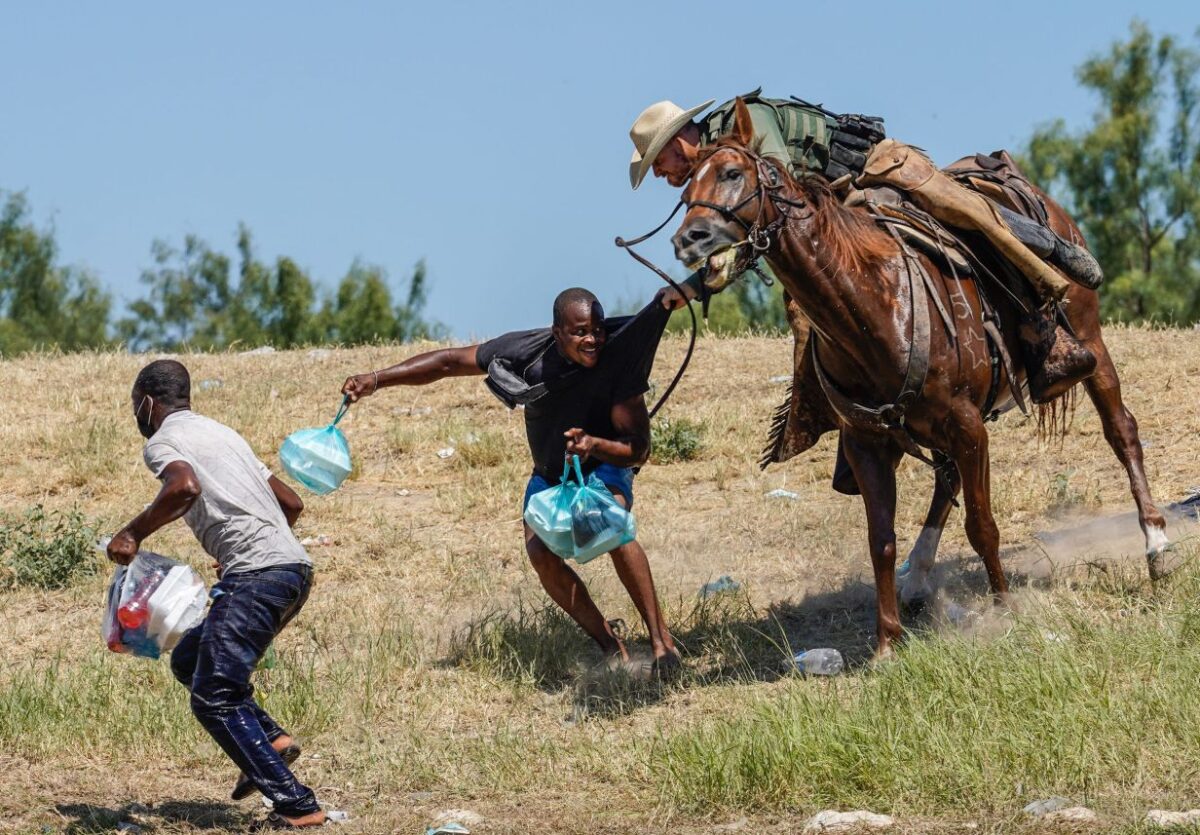 The media knows that by the time the corrected story comes out, the damage is already done. Southern border state Governors need to act fast to take action to not just protect their state but our entire country from this illegal invasion. Read it at https://constitution.congress.gov/constitution/article-4/ US Constitution Article 4, Section 4, known as the “The Guarantee Clause” The Federal Government shall guarantee to every State (1) a Republican form of government (2) Protection against invasion and (3) Protection against domestic violence. All three of these tests have been failed by the Biden administration. They are violating their commitment to upholding these commitments. This failure of the Federal government (especially the Biden Administration) to this Article 4, Section 4 should empower and border state such as Texas to protect their border and their own sovereign territory.

A top Border Patrol official has accused Jen Psaki and the White House of “perpetuating the narrative that police are bad” and pushing incorrect information after the press secretary responded to reports that border agents in Del Rio have been “whipping” Haitian migrants who’ve gathered there in recent days. Speaking to The Epoch Times, Border Patrol agent and head of the National Border Patrol Council, Brandon Judd, said agents on horseback in the area have not been rounding up Haitian refugees with whips after they were accused of doing so by multiple media outlets and officials. On Monday, Sawyer Hackett, executive director of People First Future, a political action committee set up by Democrat Julián Castro, went viral on Twitter when he shared photos of border patrol agents on horseback as they held their “whips” while Haitian refugees stood near them on foot. Hackett wrote on Twitter, “This is unfathomable cruelty towards people fleeing disaster and political ruin. The administration must stop this.” He also shared video footage showing border agents on horseback attempting to prevent migrants from wading back and forth across a river. The post was quickly shared over 27,000 times, including by members of Congress Rep. Alexandria Ocasio-Cortez (D-N.Y.) and Senator Jeff Merkley. A report from the El Paso Times regarding the situation in Del Rio also went viral. An exert from it claims a border agent “swung his whip menacingly” at Haitian men who were trying to cross the river again after buying food and water in Ciudad Acuña, Mexico.

“That’s your ‘defund the police’ movement right there,” Judd said of the video. “They only show a short segment of a video. The horse patrol agents under the administration are trained to ensure the safety of the migrants, to keep them away from the horses, because the horses can harm people—they can inadvertently step on them, they can rear up, they can kick them. “And so agents have to keep the migrants away from the horses for their own protection. And so they will use the reins, to twirl the reins, so that they will stay away from the horses. But they do not use those reins to lash out, to try to strike people. Those agents did not use those reins in any way, shape, or form to try to strike anybody.” Judd added that the horses are also used as a “deterrent technique” to prevent illegal immigrants from coming into the United States. The claims of whipping soon reached the White House, with press secretary Jen Psaki telling reporters during a briefing Monday, that she had seen some of the footage but didn’t yet have all the context. “I can’t imagine what context would make that appropriate,” Psaki said. “But I don’t have additional details.” When asked if the agents who were accused of whipping the Haitian immigrants should be fired, Psaki responded, “And, certainly—I don’t have additional context. I don’t think anyone seeing that footage would think it was acceptable or appropriate.” Judd says Psaki ‘s comments were “horrific” and only serve to perpetuate the narrative that law enforcement is bad. “And that just feeds into the larger, very liberal, narrative of defund the police,” he said. The head of the National Border Patrol Council said his agents also feel abandoned by the administration, noting that the Haitian camp has turned into a “warzone refugee camp” and pointing out a key difference between former President Donald Trump’s administration and the current Biden administration. “They [border patrol agents] have been abandoned by the administration. I mean, I get that all the time. My agents are constantly reaching out to me asking, ‘Why isn’t this administration standing up and doing something to secure the border?’ ‘Why is this administration allowing cartels to have free rein of the border?’ ‘Why is this administration [doing nothing] when they said that they were going to have humane immigration practices? I don’t know,” Judd said. “You tell me, does this look like it’s humane right here?” he asked standing in front of the Haitian camp. “This looks like a warzone refugee camp. That’s what this looks like. And if anybody says that this is humane, I would love for them to come and explain to me how this, right here, is humane. But this is the Biden administration. This never happened with the Trump administration.”