12,000 Illegal Haitian Immigrants Released Into the US in Recent Days 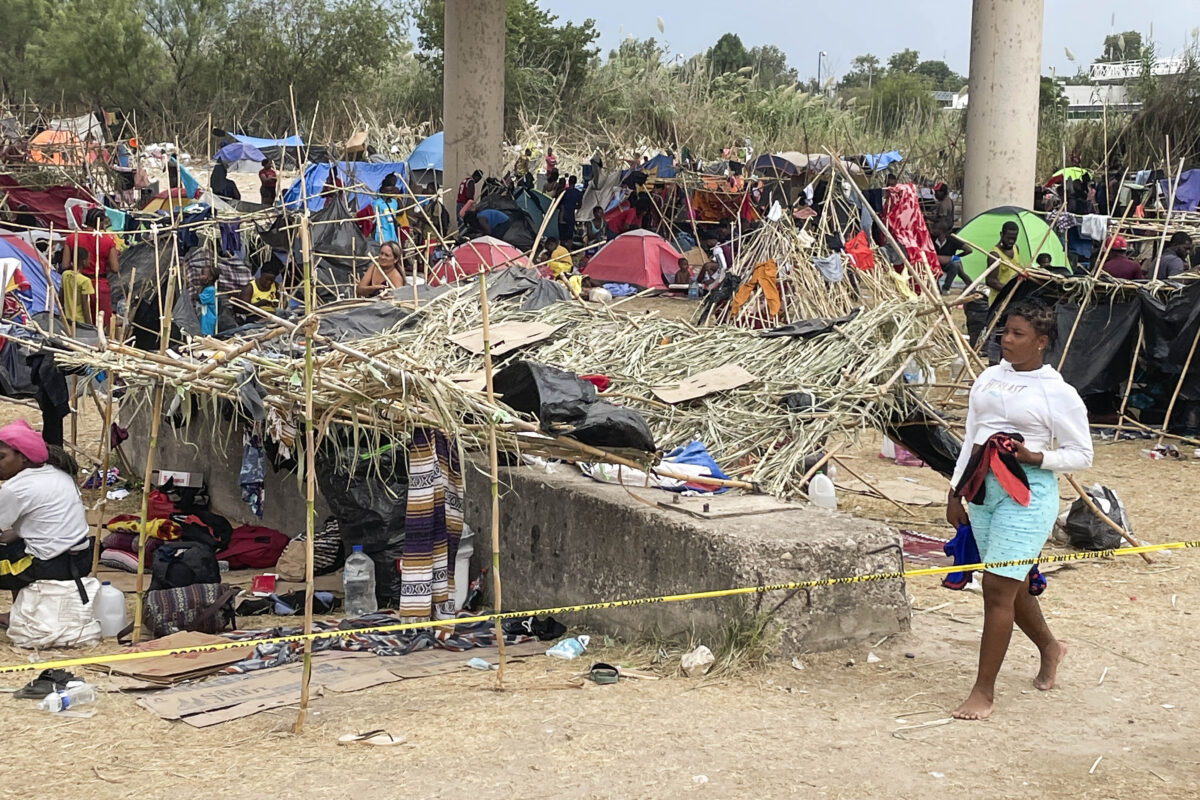 If the legislative system is so broken why hasn’t Congress fixed it over the past 5 years? Let me guess – Democrats are not cooperating. Letting 12,000 of these people loose on the country is irresponsible – but then, that’s what democrats are. Guessing the % showing up for hearings will be very near zero knowing no one can- or will or even try to – track them down. Look for crime rates to soar when these people join the “catch & release” crowd.

Secretary of Homeland Security Alejandro Mayorkas said Sunday that a significant number of Haitian illegal immigrants who had amassed along the U.S.-Mexico border last week are being released into the United States.

About 12,400 out of 17,000 Haitians are having their cases heard by immigration courts, Mayorkas said, adding that about 5,000 are being processed by the Department of Homeland Security (DHS). Only approximately 3,000 are in detention, he said.

“Approximately, I think it’s about ten thousand or so, twelve thousand,” Mayorkas told “Fox News Sunday” when he was asked about the number of Haitian illegal aliens who have been released into the interior of the United States. The number could rise as 5,000 more cases are processed, he remarked further.

“Legislative reform is needed,” he said, adding that the U.S. “immigration system is broken.”

The Department of Justice in 2017 previously estimated that about 43 percent of illegal aliens released into the U.S. miss their immigration court hearings. When asked about what will happen to the 12,000 who were released in the past week, Mayorkas said that “it is our intention to remove” those aliens.

“We have enforcement guidelines in place that provide that individuals who are recent border crossers who do not show up for their hearings are enforcement priorities, and will be removed,” Mayorkas said.

Last week, more than 15,000 Haitians congregated underneath a bridge in Del Rio, Texas, and essentially constructed a shantytown before numerous local officials sounded the alarm that a humanitarian crisis was brewing.

DHS officials, including Mayorkas, on Sept. 24 said that the encampment under the bridge was cleared out. A day later, U.S. Customs and Border Protection (CBP) said that the Texas border crossing will be partially reopened.

The agency also said it is planning to continue flights to Haiti throughout the weekend, ignoring criticism from Democratic lawmakers and some progressive groups.

The number of people at the Del Rio encampment peaked last weekend as migrants driven by confusion over the Biden administration’s policies and misinformation on social media converged at the border crossing. While Mayorkas and other White House officials have asserted that the border is closed, Republicans have said that the administration’s decisions to rescind a number of Trump-era immigrant orders have triggered a surge of illegal immigration.

All the while, Mayorkas, and other senior officials have dedicated a significant amount of time in news conferences condemning some Border Patrol agents who were seen on horseback near Haitians who illegally crossed the border. The photographer who shot those pictures last week said that the agents were not whipping the migrants, as some officials and Democratic lawmakers had claimed.

“Some of the Haitian men started running, trying to go around the horses,” photographer Paul Ratje told local station KTSM, explaining the situation on the ground.

“I’ve never seen them whip anyone,” he said, referring to the agents. “He was swinging it, but it can be misconstrued when you’re looking at the picture.”