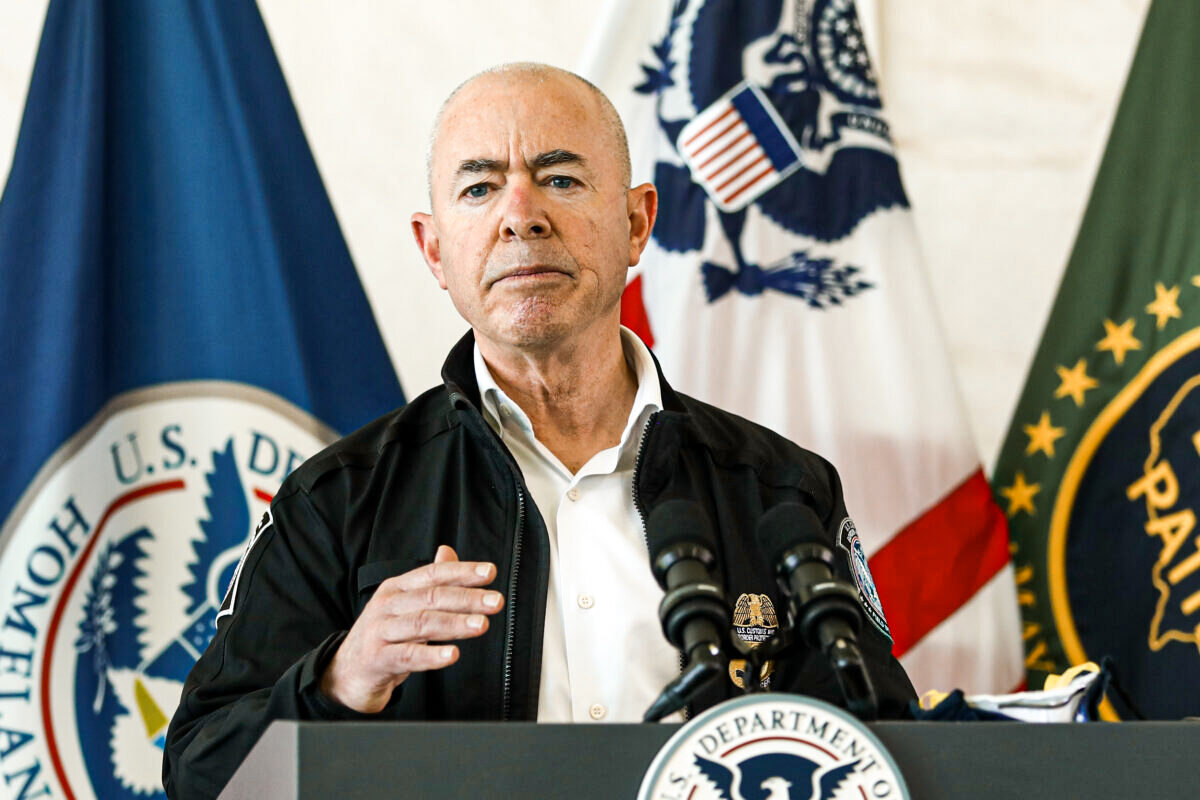 Now let’s just make a “safe place” for all criminals who break federal laws. Next, Biden will want a safe place for the drug cartels and child trafficking a place to be safe in their business ventures! It’s time we get tough on the Southern Border and Send Them Back!

President Joe Biden’s top homeland security official on Wednesday ordered immigration officers not to arrest illegal immigrants at a number of places, including food banks and shelters. Homeland Security Secretary Alejandro Mayorkas detailed the safe spaces for illegal aliens in a memorandum to Immigration and Customs Enforcement (ICE) officers. “Sensitive locations” where officers were barred from detaining people in the country illegally previously constituted of a small number of settings, including churches, hospitals, and schools. The locations are now being referred to as “protected areas.” Mayorkas added social services establishments like homeless shelters, anywhere disaster or emergency relief is being provided, and places where children gather, including playgrounds, childcare centers, and school bus stops. “When we conduct an enforcement action—whether it is an arrest, search, service of a subpoena, or other action—we need to consider many factors, including the location in which we are conducting the action and its impact on other people and broader societal interests. For example, if we take an action at an emergency shelter, it is possible that noncitizens, including children, will be hesitant to visit the shelter and receive needed food and water, urgent medical attention, or other humanitarian care,” Mayorkas told officers. To the extent possible, he added, officers should avoid acting at or near a protected location. “This principle is fundamental. We can accomplish our enforcement mission without denying or limiting individuals’ access to needed medical care, children’s access to their schools, the displaced access to food and shelter, people of faith access to their places of worship, and more. Adherence to this principle is one bedrock of our stature as public servants,” he wrote. Since the president took office in late January, the United States has seen an unprecedented wave of illegal immigration. At the same time, deportations have dropped to record lows. The widening of protected spaces follows Mayorkas limiting which illegal immigrants officers should pursue and narrow or outright blocking enforcement actions in or near courthouses and at businesses. Critics say the actions have curtailed the job of ICE officers. “The agency still exists, but it has been stripped of all of its functions with regard to the enforcement of immigration laws. Nearly all illegal aliens are already off-limits to enforcement due to a Sep. 30 memo, and as a result of Mayorkas’ ‘expanded and non-exhaustive list of protected areas,’ where ICE agents are permitted to do their work, the secretary has essentially nullified an entire body of constitutionally enacted laws,” Dan Stein, president of the Federation for American Immigration Reform, said in a statement.