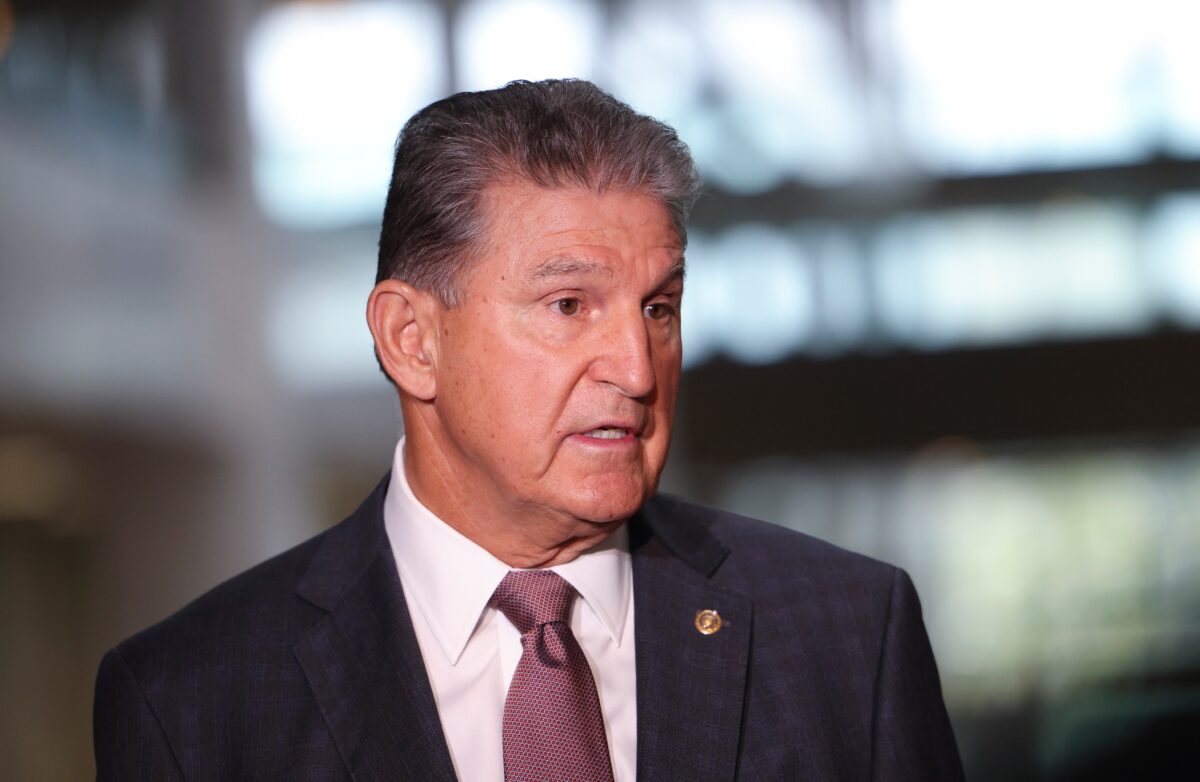 God love Sen. Joe Manchin (D-W.Va.) and Kyrsten Sinema (D-Ariz.). They two are saving the country from Biden and the leftest takeover and corruption. I can eventually envision Senators Manchin and Sinema as President and Vice President, and I have become a die-hard Republican. Winston Churchill was called the “savior” of England after WWII. These two highly intelligent and wonderful people are saving America. They are true Americans!

Sen. Joe Manchin (D-W.Va.) has come out against a revenue scheme proposed by his party that would have allowed the Internal Revenue Service (IRS) to gather information on the inflows and outflows of American citizen’s bank accounts. The measure initially came to light as a part of Democrats’ $3.5 trillion reconciliation bill. In an attempt to head off concerns from moderates, Democratic leaders and rank-and-file lawmakers have desperately marketed the bill as being completely paid for with no substantial effect on the deficit or national debt. The proposal was met with immediate backlash from Republicans and the private sector. House Minority Leader Kevin McCarthy (R-Calif.) said, “This surveillance program crosses a line,” calling the program “un-American.” Senate Minority Leader Mitch McConnell (R-Ky.) said that Democrats “want to finance their spending spree by effectively treating every ordinary American as if they were under IRS audit.” “I must have forgotten when the president campaigned on giving everybody their own audit,” McConnell quipped. The original draft of the plan would have allowed the IRS to gather this information from any account with $600 or more inactivity per year. Because of the sharp backlash against it, proponents of the measure raised the threshold to $10,000, a change that some hoped would cool the response. Supporters of the plan, like Treasury Secretary Janet Yellen, argued that the measure was good and would help to close the so-called “tax gap,” a gap formed from underreporting income. “We have a tax gap that over the next decade is estimated at $7 trillion, namely a shortfall in the amount that IRS is collecting due to a failure of individuals to report the income that they have earned,” Yellen said. But Manchin was not impressed by these arguments. Speaking at a Tuesday meeting of the Economic Club in Washington, Manchin vehemently opposed the program. Manchin agreed that the IRS should be somewhat strengthened. Under the reconciliation bill, insisted Manchin, “The IRS is going to be able to do the job that they’re supposed to be doing.” But Manchin ruled that his party’s snooping scheme did not fall into the category of what the IRS should be doing. “[The IRS was] never able to go into bank accounts,” he noted. Manchin related a conversation he’d had with President Joe Biden about the program: “I said ‘Mr. President, I don’t know who put this out or how it got screwed up but they said basically, ‘We’re gonna start looking at $600 transactions.’ Even if it’s $10,000, okay, that’s only $800 or $900 [of activity per month].” Manchin said that he asked the president, “Do you understand how messed up that is? To think that Uncle Sam’s gonna be watching transactions?” “I said ‘I don’t know how this happened, but this cannot happen. This is screwed up.’” Manchin indicated that Biden agreed, quoting the president as saying “I think Joe’s right on that.” Manchin’s opposition to his party’s snooping scheme effectively leaves the measure dead on arrival. Because of their razor-thin single vote majority in the Senate, Democrats cannot afford anything less than full solidarity from their party behind the final bill. Manchin and other moderates have already tanked a slew of revenue policies proposed by Democrats to ensure that the bill is fully paid for. Sen. Kyrsten Sinema’s (D-Ariz.) office on Friday confirmed long-circulated rumors that the Arizona senator opposed increasing corporate or income tax rates. John LaBombard, a spokesman for Sinema, said that the senator “is committed to ensuring everyday families can get ahead and that we continue creating jobs.” “She has told her colleagues and the president that simply raising tax rates will not in any way address the challenge of tax avoidance or improve economic competitiveness,” he explained. Sen. Jon Tester (D-Mont.) joined Manchin in opposing a proposed carbon tax. For Democrats who have marketed the bill as a panacea to the alleged “climate crisis,” a carbon tax or other similar measures are of crucial importance. But Manchin told reporters that in his mind, “the carbon tax is not on the board at all right now.” Tester told reporters, “I’m not a big fan of the carbon tax. I just don’t think it works the way it was explained to me.” The party is now considering a new tax on unrealized capital gains that would target only individuals with $1 billion or more of income per year or individuals with $100 million of income for three consecutive years. Manchin, Sinema, and other moderates have not yet given a nod of approval to this most recent measure.